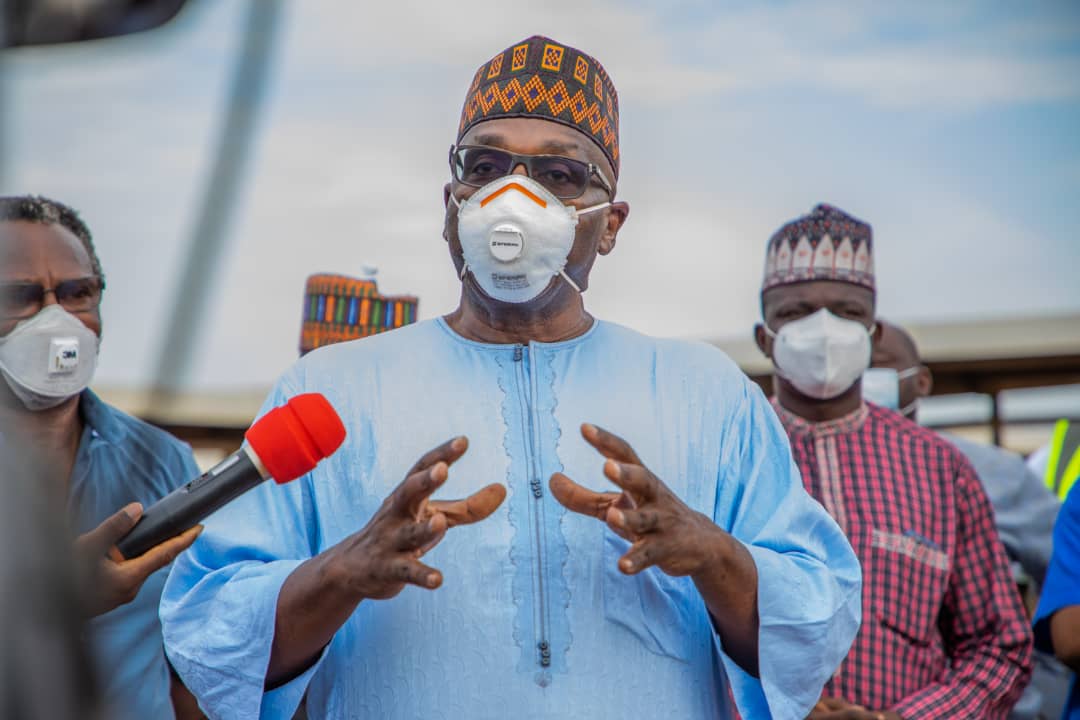 Many people had hitherto perceived the ministry of environment as an office that merely exist only by name “Ministry of Environment” without any physical impact seen or felt by the people, or at best the ministry for waste evacuation only.

However, the coming of Abdulrahman Abdulrazaq as the Executive Governor of the state has since redefined the activities and responsibilities of the ministry, which is adjudged by some public affairs analyst as one of the most active, effective and performing ministries in the state.

Headed by an environmentalist per excellence, an Architect by profession; a fellow of the Nigerian Institute of Architects; Aliyu Muhammad Saifuddeen the Honourable Commissioner for Kwara State Ministry of Environment has so far not disappointed his well-wishers nor derailed from the developmental agenda of the Abdulrahman Abdulrazak led administration.

Nonetheless, the tone of developmental agenda was set prior to his assumption of office to be at the helms of affairs in the ministry, as demonstrated by the governor in the constitution of the Task Force on the evacuation of refuse form age long illegal dumpsites at various locations in the Ilorin metropolis in order to give the state capital a befitting look. Following this was the construction of three integrated modern toilets at strategic locations in the Ilorin metropolis to minimize the likely health hazards that may arise from open defecation, an issue of global concern to environmentalists, which has become a common practice in parts of the state.

On assumption in office, Saifuddeen has clearly shown that he understood his job and the expectation of the citizenry and his boss; Abdurazaq’s deep passion and thirst for development of the state and nothing more. Setting the ball rolling, the first major task of the commissioner was the repositioning of the Social Waste Management contractors in the Ilorin metropolis and the other local governments outside the metropolis before the coming of the AA’s administration. Of course, what necessitated the repositioning was the glaring underperformance and complacemcy of the contactors. To cut the long story short, through rigorous procurement process, a new set of waste management contractors with the technological requisite and equipment were engaged, and the results of their routine refuse collection and streets cleaning being felt by the people in the Ilorin metropolis is commendable. This achievement, coupled with the regular maintenance of the main dump-site at the outskirt of the city is a major milestone.

What is more, is the dredging and desilting of the monstrous Asa River that causes annual flood during every rainy season along unity, Station, Amilengbe through Isale Koko areas. Today, the residents of those areas can sleep with their both eyes closed as the river has been desilted and dredged to allow free flow of water. This was also notably preceded by the evacuation of refuse dumped on the river channel at those locations, especially the bridges.

Moreover, there are also lots of achievement and efforts being put in place in the areas of the management of the state forests reserves. Particularly in the areas of illegal harvest of forest resources for logging and charcoal production, these are now being mitigated, as laws regulating the activities of illegal logging, charcoal production and other illegal activities in the forest are now being fully implemented. This was demonstrated recently by the suspension of harvest of all forest resources for a whole month. The reopening of the forest is to give a window of opportunity to those involved in such illegal activities to tidy up and search for a legitimate means of livelihood, as the ministry is re-strategizing and reinforcing for full implementation of the laws governing every activities in the forest.

Additionally, afforestation of our degenerated forests is also one of the areas the ministry is paying serious attention to, this becomes pertinent as the large portion of our depleted forests have not witnessed any sort of replanting for a long time even though the law clearly states “cut one plant five”. To this end, the ministry already has in stock 12,000 seedlings to be planted at our various forest for the purpose of afforestation. The recent being the maintenance and plant control at major roundabouts and road medians which is still ongoing.

No thanks to the novel coronavirus which has put a clog in the wheel of the developmental activities Abdulrahman Abdulrazaq administration. Notwithstanding, with its highly dedicated and experienced staff, the ministry has demonstrated its relevance by providing technical and ad-hoc support to the state’s covid-19 fumigation committee during the fumigation exercise across the state.

Going forward, the ministry under the watch of Saifuddeen is promising and has a lot in stock for kwarans who at the end, will never regret voting His Excellency Abdulrahman Abdulrazaq as the Executive Governor of the state. In summary, Kwarans should watch out for the transformation of flower garden with the architectural design concept already completed, other recreational centres in the state will also be activated in due course. Changing the narratives from the old practice, the ministry has in its plans to make its impact felt across other local governments outside the state capital, as against what was obtainable in the previous administrations. A pilot scheme is currently ongoing in Kaiama with the construction of a number of catcher pits (suck away) to stem filthy soil water discharge to the streets. Various other interventions at that level are underway. All of these would be under the supervision of ministry staff (Environmental Health, Scentific and Forestry Officers) whose offices would be so empowered at the local governments.