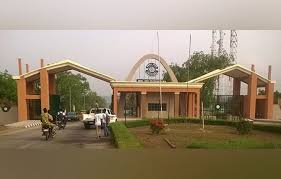 It was gathered that the nine-passenger Sienna bus conveying the corp members tumbled several times on the Mokwa road, Niger State after its rear tyre got busted. Two of the corp members and the driver of the vehicle died on the spot.

In a statement late Tuesday, AbdulRazaq called the development “one tragedy too many” and commiserated with the families of the deceased.
​
Rector of the Polytechnic, Dr Abdul Jimoh Mohammed announced the death of the students at the 26th convocation ceremony of the Polytechnic.

He gave the names of the late prospective corps members as Yusuf Ademuyiwa and​ Mustafa Ajibola Habitat.

The duo according to him, were​ ​ graduate of Science Laboratory Technology from of the institution.
The rector also asked the congregation to observe a minute silence for soul of the departed.

He said six other survivors of the accident who also graduated from the polytechnic, were receiving treatment at the General Hospital, Ilorin where he visited them on Thursday morning.

The rector had during his pre- convocation press briefing on Wednesday called on the Director General of the National Youth Service Scheme (NYSC ) to consider the calls for extension of closing date for resumption of the camps in view of the busy nature of parks and deplorable conditions of roads.

“The motor parks are very busy and the roads are bad. Most of the parents cannot afford to pay for air ticks for their children to travel by air”, he said

Meanwhile, the NYSC has lauded AbdulRasaq for the immediate transfer of the survivors of Mokwa auto crash back to the state as part of measures to provide them with adequate medical care.
​
The NYSC Zonal Inspector, Mokwa, Ahmed Yusuf, said AbdulRasaq’s action which came few hours after the incident was exceptionally good and commendable.

In a related development, the state governor, AbdulRhman AbdulRasaq has called on the youth corps members to ensure adherence to rules at the camp and pay good attention to all the entrepreneurial trainings being offered.

He gave the charge​ at the official swearing in of the NYSC 2019 Batch C (Stream I) Orientation Course in Yikpata in Edu local government area of the state Thursday.

Represented by deputy governor, Kayode Alabi, the governor also urged them to reflect over the objectives of the mandatory one year national service which began some 46 years ago.
​
He added: “Our new administration in Kwara state is not unaware of the many infrastructural deficits here on your camp. I personally visited this camp in June this year, barely a month after my assumption of office, to assess things by myself. I was thoroughly embarrassed by what I saw. The donation of some items — including new bed bunks, mattresses, and consumables — that followed shows our commitment to do things differently to make you a lot more comfortable and safe. We’ll also consider making some provisions in the coming fiscal year to make this place more habitable for the programme.”