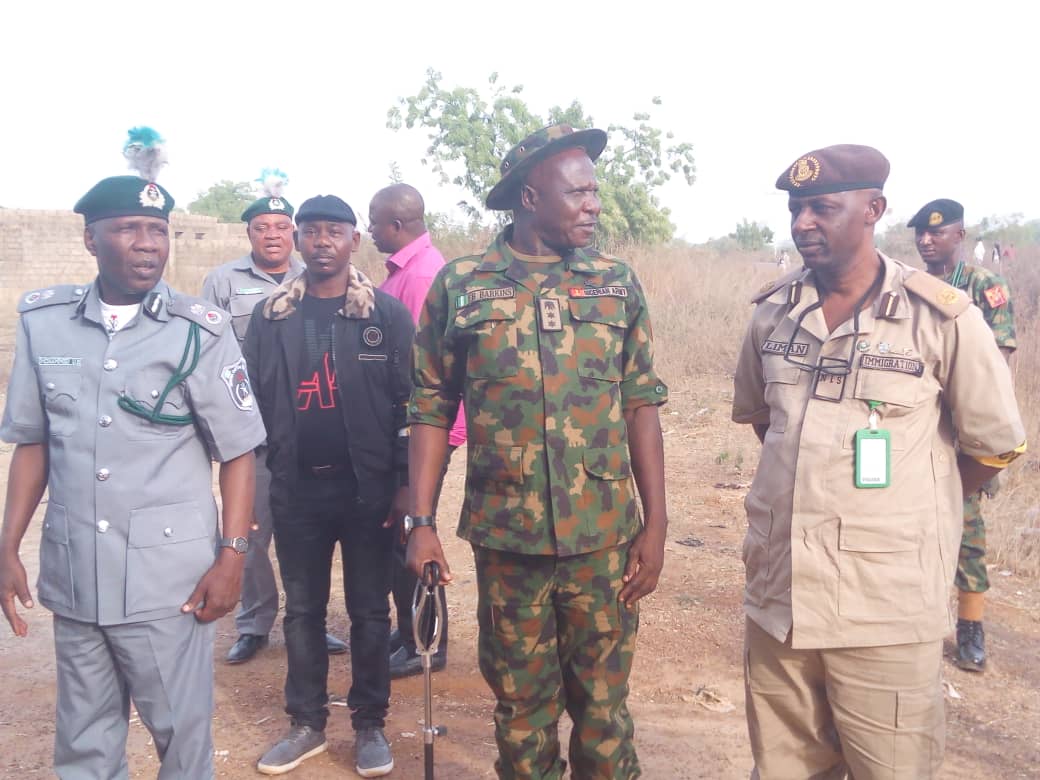 This is just as traditional rulers from border communities in Niger State have expressed delight that the closure of the nation’s border had witnessed improved security in their areas.

Speaking during a sensitisation of border communities in Niger state, Garba said that despite the closure of Nigeria’s land borders, smugglers have devised another means of carrying out their activities.

Garba who also handed code of conducts books to personnel of the joint border drill operations with a warning that his leadership would not tolerate anyone found wanting.

At the palace of the District Head of Babana​ in Niger​ state, Alhaji Isah Yerima​ as parts of ongoing visit to border communities in Niger state, the customs boss decried the attitude of die-hard smugglers who are still operating in that axis despite the border closure.

Garba said that perpetrators and economic saboteurs have devised new means of using bush-paths, Motorbikes and Camels to carry out their nefarious activities.

He frowned at such acts​ and vowed​ that there is no retreat on the fight against smuggling in whatever disguise.

Garba appealed to the community, district Head and the general public to embrace legitimate means of livelihood and to avoid smuggling in all its ramifications.

He declared that the Sector 3 eagle eye is all around these axis and other axis,” as we are battle ready to halt all the new techniques initiated by economic saboteurs to perpetuate their illicit acts.”
.
The coordinator announced that the movement of all types of vehicles/Boat used for transportation of Petroleum Products across the land borders and water ways within 20KM radius has been restricted and anyone caught violating this order will be prosecuted and Jailed.

In his response, the District Head of Babanna, Alhaji Isah Yerima confirmed that the security situation in the community has improved since the border closure and pledged to assist security agencies in this National Assignment to succeed.

He promised to enlighten the community and its environs on the benefits of border closure and dangers of smuggling.
​ ​ ​ ​ ​ ​ ​ ​ ​ ​ ​
The tour of the Sector Coordinator of the north central states of -Kwara, Niger, Kogi and Benue is expected to continue with the sensitization program to other communities in Kogi state and Ogoja/Adipo axis of Benue State.

SECRETARIAT REPORT FOR THE MONTHS OF OCTOBER, 2018 0