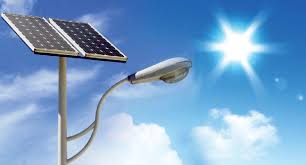 The constituency projects tracking operatives of the Independent Corrupt Practices and other Related Offences Commission (ICPC) has uncovered the sighting of solar street lights in private residences of some highly placed individuals in Ilorin, the Kwara State.

The solar street lights according to the ICPC tracking operatives were meant to be installed in communities for public use and not in private residence of influential individuals.

The team however ordered the immediate relocation of the facilities or payment of such by those concerned individuals, failure which they said the contractors would be held responsible while the owner of the residences would be prosecuted.

The operatives during the project tracking exercise, also uncovered the shortfall in the numbers of street lights installed in some areas against the actual numbers which were budgeted for in the contract.

The operatives are tracking a total number of 1500 solar street lights among other projects spread across the three senatorial districts as part of the constituency projects executed between the year 2015 and 2019.

The operatives also decried lack of billboards at the project sites to indicate the project being executed.

ICPC is tracking over 250 projects worth N4.1 billion in its second phase of constituency and executive projects executed between 2015 and 2019 in Kwara State.

The project tracking is being done in collaboration with the Nigerian Institute of Quantity Survivors (NIQS), Civil Society Organizations (CSOs), the Media, office of the Accountant General of the Federation, Bureau of Public Procurement (BPP) and other stakeholders.

The exercise which commenced on 23 of June, is taking place simultaneously in 16 states of the federation.