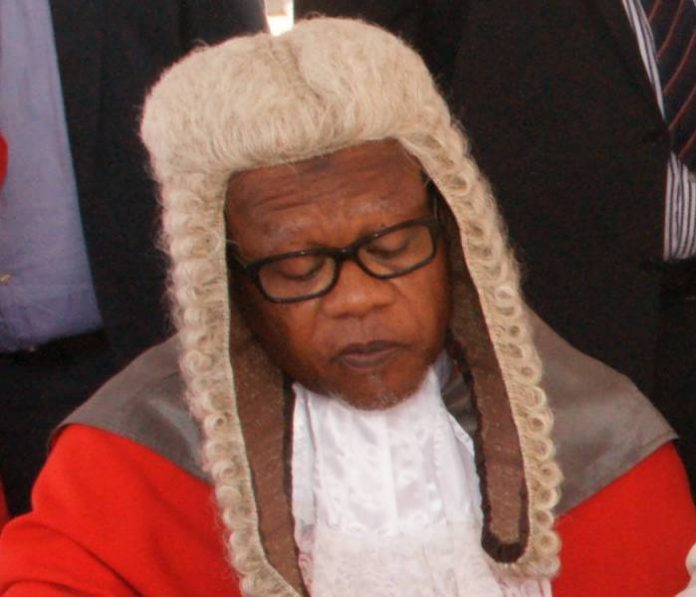 The Chief Judge of Kwara State, Hon. Justice Sulyman D. Kawu Wednesday discharged 18 inmates awaiting trial in Correctional Centres across the state, as part of measures to contain the spread of COVID-19 in the country.

Justice Kawu also released and relaxed bail condition of 28 inmates who are awaiting trials for various offences charged against them before the courts.

15 of the inmates were unconditional released from Oke-Kura, while the 3 others were from Mandala Correctional Centre, Ilorin.

The freed inmates were given a token by the Chef Judge as welfare and transportation to enable them reunite with their respective families.

Speaking during the exercise, Justice Kawu said that the amnesty given to the inmates was based on the Federal government’s decision to decongest Correctional Centers to contain the spread of COVID-19.

The Chief Judge hinted that the decongestion would improve social distancing measures which would reduce the spread of the virus at the Correctional centers.

Speaking further, the CJ said that careful examination of records of the inmates showed that their detention was manifestly unlawful.

He stressed that the exercise was carried out after deliberations with concerned Magistrates, Area Court Judges and police prosecutors over the list of awaiting trial inmates sent to him from the state Command of Correction centres

“The first set of people that were outrightly released was because we found out that their detention was either manifestly unlawful or basis of their detention is civil and not criminal or that they are minor offences and they had been there for quite sometimes, some since 2017.

“The second batch was granted bail and for those who have been granted bail, I have asked the magistrate or the area Court judges to relax and review their bail condition, so that they can call their people to effect their release.

“Some were asked to produce two sureties, I have asked the Magistrate or the Area Court Judges to reduce it to one so that they can quickly process their release”, he added.

“To the second batch, who have been directed to be admitted to bail, I urge them not to abscond or attempt to abscond from justice as the long arm of the law will catch up with them no matter how long it takes if they do. They should endeavour to attend all court sittings until their trials are finally concluded”, he said.

The Chief Judge, however, advised the beneficiaries of the amnesty to turn a new leaf and shun all criminal activities, especially, for those who have been granted outright release.

He urged them to contribute meaningfully to the wellbeing of their families and society at large and refrain from criminal acts.

Also speaking, the Controller of Corrections, Kwara state command, Mr Adebisi Adewale Francis, who said that there had been no case of the virus in any of the centres in the state, urged the state government to instruct management of government hospitals to provide free treatment to inmates.

He commended Gov. Abdulrahman Abdulrazaq and the Chief Judge for exercising their prerogative power as enshrined in the Constitution of the Federal Republic of Nigeria.