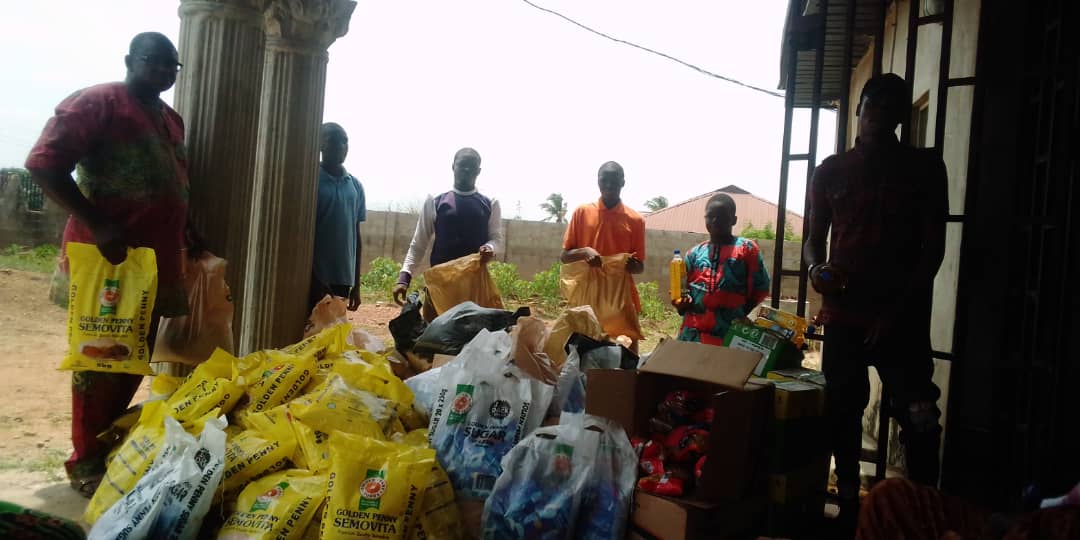 The Olomu of Omupo and the Chairman, COVID-19 Palliative Technical Committee in Omupo District of Ifelodun Local Government Area of Kwara State, His Royal Highness, Oba Yakubu Adebayo Buari (Ilufemiloye II), has appreciated the Governor of Kwara State, AbdulRahman AbdulRazaq, for the approval and the immediate delivery of palliative items to cushion the effects of the COVID-19 pandemic on the people of the community.

In a statement issued by the National Publicity Secretary of Omupo Descendants Union, Mustafa Abubakar and made available to newsmen in Ilorin, disclosed that the palliatives were distributed among the 37 communities under the Omupo District, controlled by the Olomu of Omupo.

The statement stated that, Oba Buari, while receiving the items also commended the effectiveness of the approach of the Governor to address the pandemic in the State, describing the palliatives as needs delivered at the right time.

The Olomu of Omupo said that the community will remain grateful to the governor and his team for deeming it necessary that Omupo ward should benefit in the first phase of the palliative.

In his comment, the representative of the monitoring team, Mekennu Group, Comrade Yusuf Rasheed, who disclosed that he was satisfied with the method put in place for the distribution of the palliatives, urged other communities in the state to emulate the Omupo District in order to show the positive work of the governor to the people of the state.

Appreciating the Kwara State Governor for bringing their needs to their door steps, the representative of the 37 communities that benefited, the Kobaope of Amodu Land, Oba Abdulquadri Akanno, also commended His Royal Highness, Olomu of Omupo, Oba Yakubu Adebayo Buari, and the entire members of the committee for the transparent and fair distributions of the items to all the communities.

Secretariat Report for the month of October 2020 0