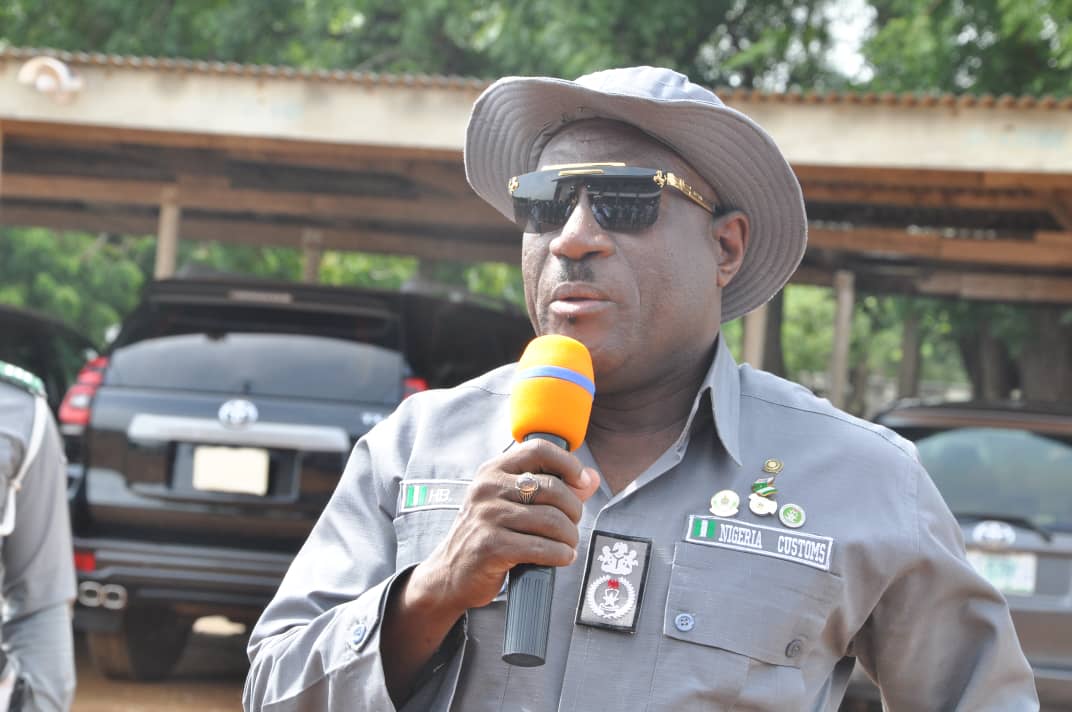 The Nigeria Customs Service, Kwara Area Command, says it has generated N1,696,018,694.74 revenue into the coffers of the Federal Government in the first quarter of 2020.

The Comptroller in-charge of the command, Ahmed Hussaini Bello fsi revealed this in a press statement signed by the Command Public Relation officer, Chado Zakari and made available to newsmen in Ilorin.

Ahmed, who gave the breakdown of the Revenue generated, said that in the month of January the Command realised a sum of N1,006,901,647.42.

According to the statement, within the first quarter, the Command has also recorded 54 seizures with duty paid Value (DPV) of N282,198,292.00.

The statement stated further that Compt. Ahmed is vigorously pursuing the Comptroller General of Customs Zero tolerance for duty evasion and smuggling.

The statement reads: “He has been reviving proficiency with regards to identifying and blocking all possible avenues of revenue leakages, enhancing capacity building in the areas of modern Customs Operation, reinforcing the commitment of officers and men in the discharge of their statutory responsibilities and ensuring disciplinary actions are taken on any erring officer found compromising.

“Compt. Ahmed declared that seizures were successfully accomplished as a result of the renewed determination of the Comptroller-General of Customs Col. Hameed Ibrahim Ali (rtd) to rid the country of all forms of illegal importation.

“He stated that there will be continues sensitization for stakeholders on the need to comply with extant laws governing Customs and Excise activities.

“To this end, the Customs Area Controller would like to send a note of warning to economic saboteurs to steer clear of Kwara area Command and engage in meaningful ventures or else they will meet their waterloo”, the statement said.

The Controller therefore calls on Nigerians to support the Command by providing credible information that will help nip smuggling at the bud and generate needed revenue for national development.

He also urged officers to shun bribery and corruption or they will be shown the way out.