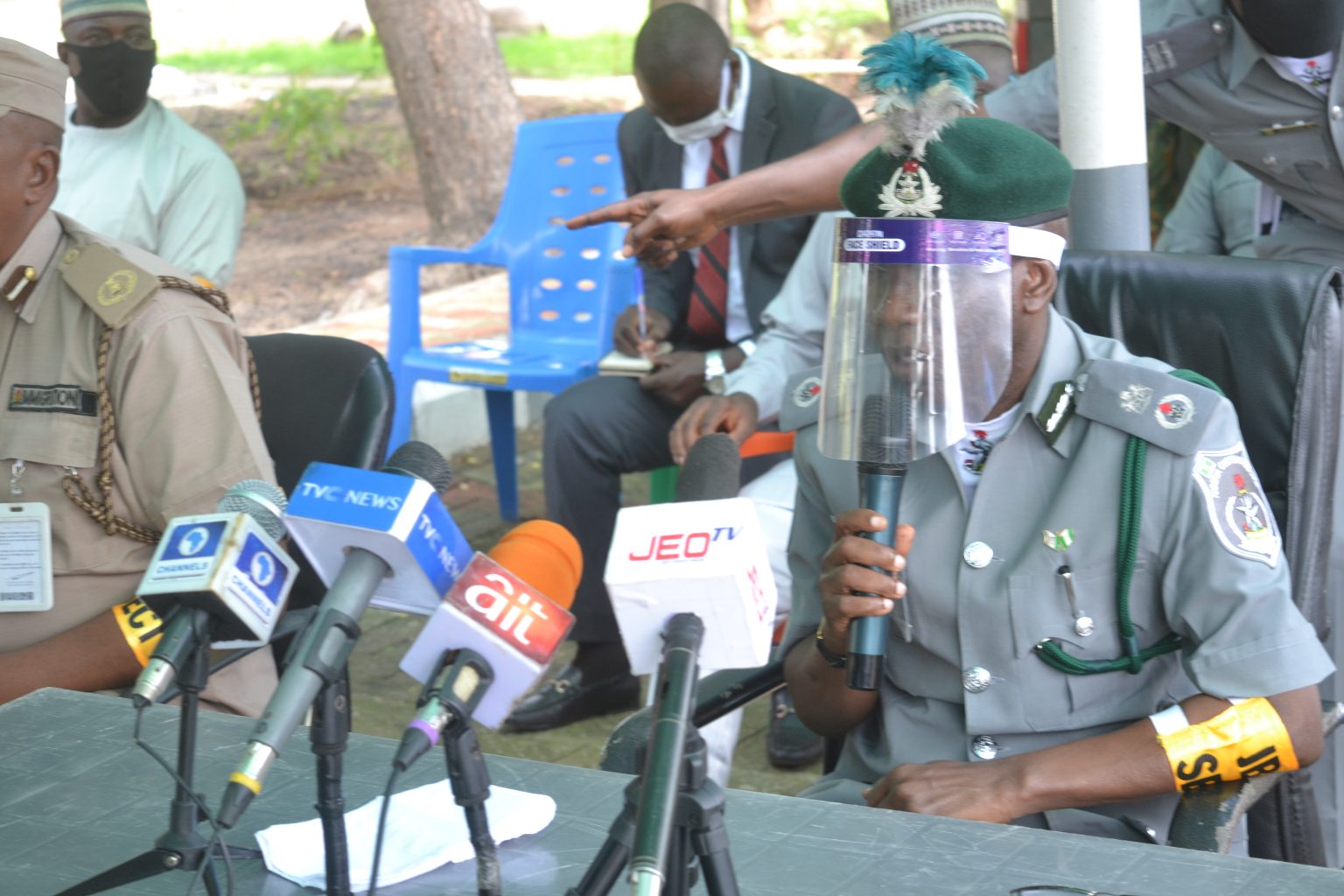 The Nigeria Customs Service Joint Border Drill Operations for the North-Central Zone said it seized contraband goods, worth N1.2 billion and arrested 53 suspects between May and June 2020.

The Coordinator of the Joint Board Drill Operation, Comptroller Garba Mohammed disclosed this Wednesday while briefing Journalists in Ilorin on the activities of the team comprising Kwara, Kogi, Niger and Benue states.

He said that the sector during the period under review recorded 225 seizures with no fewer than 53 suspected smugglers arrested through tracing number plates and way bill.

“One of the most exceptional seizures of interception of a Tipper with Reg. No. ZAR 803 XA Carefully concealed One Hundred and Forty (140) Bags of foreign Rice in Sharp Sand which you’ve all seen in the course of taking you round of the seized goods. It is disturbing that some die hard smugglers have also resorted to using Keke Napep to smuggle rice.

“Within the period under review, a Patrol team comprising of Nigeria Customs Officers, Nigeria Army, Nigeria Immigration Service, DSS, Nigeria Police Force and other security agencies raided two warehouses at Abayawo and Ita-Merin areas, both in Ilorin West Local Government of Kwara State, suspected to stock pile with foreign par boiled Rice. The two stores were raided and a total of 450 and 224 Bags of foreign Parboiled Rice of 50kg each respectively were discovered to be smuggled in to the State.

“This is evident in seizures recorded by border drill operation sector 3, Ilorin, Kwara State between May this year till date” he said.

Other seizures recorded according to Mohammed included 17,490 bags of foreign par boiled rice (equivalent to 29 trailers of 600) bags each, 310 Kegs of Vegetable oil, 1 locally made pistol with a live cartridge, 944 Drums of AGO and 3,676 Jerry Cans of petroleum product of 25 liters each.

“It will be recalled that late last month, the Patrol team covering Babanna axis of the Sector in Niger State, intercepted two Mitsubishi Canter with Reg. No XA-241-WEL and XC-166-SUL respectively laden with 54 drums of smuggled petrol with a duty paid Value (DPV) 1.9 Million with two suspects” he added.