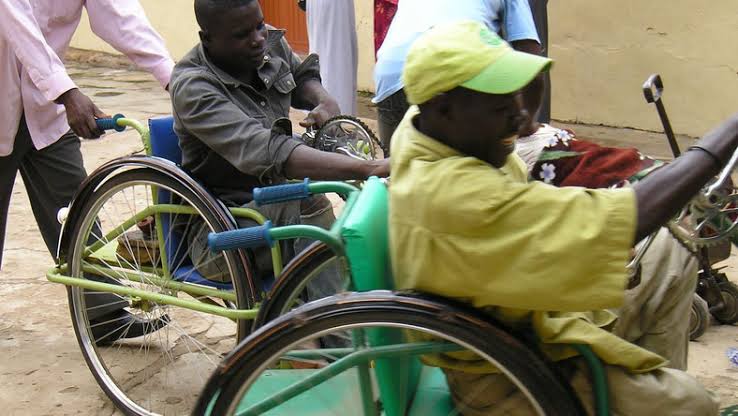 A former governorship candidate of Labour party in the 2019 governorship election in Kwara state, Comrade Isa Aremu Tuesday called on the Federal Government to implement the recommendation of 2014 National Conference with respect to Persons Living With Disabilities (PLWDs).

Aremu, who is the Vice Chairman, IndustrialAll Global Union​ and member of the 2014 Confab, stated this in a message to the 2019 International Day of People Living With Disabilities (PLWDs), organised by the Joint National Association of Persons With Disabilities held in Ilorin.

The theme for this year (2019) is​ timely:​ “Promoting the participation of persons with disabilities and their leadership: taking action on the 2030 Development Agenda”.

Aremu who is the National Executive Council (NEC) member of Nigeria Labour Congress, (NLC) was represented at the event by Mr Toyin Aremu.

He called on government to promote awareness on the rights of persons PLWD at the national and community levels.

“It’s high time Nigeria implemented the robust recommendations of the 2014 National Conference with respect to Persons Living Without​ Disabilities (PLWDs).​

“There​ should be a special passage ways for PLWDs in banks, hotels and airports where metal detectors prevent entry or exit; separate lift carriers in high rise buildings for PLWDs to avoid injury by overcrowding; A law should be passed for compulsory assistance to persons living with disabilities by able-bodied persons while crossing the road.

“Albinos should enjoy free medical care including provision of sun glasses; and that​ the Electoral Act be amended to allow PLWDs (especially lepers) to exercise their voting right during elections.

“The Key Action Proposal: To strengthen government institutions and organization of person with disabilities to participate in the democratic process and other development efforts in Nigeria using the Right-based Approach, this involves not charity or simple economic development, but a process of enabling and empowering those not enjoying their social/political rights to claim them. This includes being aware of their own potentials, resources and responsibility to hold government/political leaders accountable to their needs and development”.

In his lecture, a university teacher with the Department of Industrial Relations and Personnel Management, University of Ilorin, Mr. Nuha Aremu tasked government to build a low cost housing units for PLWD and as well engage them in sporting activities.

Chairman, Joint National Association of Persons Living With Disabilities, Bashir Yusuf who was represented at the event by the Vice Chairman, Mr Peter Ayanwale, enjoined corporate organisations and individuals to patronise goods produced by PLWD to improve their economic status and keep them away from street beginning.