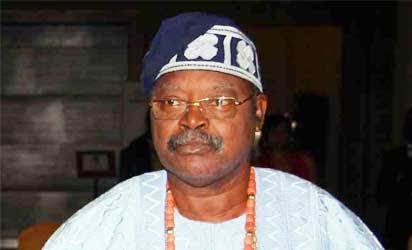 The obituary reads: “WITH GRATITUDE TO GOD ALMIGHTY FOR A LIFE WELL SPENT ON EARTH, WE ANNOUNCE THE PROGRESS JOURNEY TO HIS CREATOR OF CHIEF (DR. AKINYELE OPEYEMI ALEXANDER (JP)”.

He was the first former secretary general of the Nigeria Institute of Public Relation that eventually became the President.

As President of NIPR he was very vocal and actually changed the face of public relation in Nigeria. He liaised and aligned NIPR with the Universities of Lagos, Akoka and Nigeria, Nsukka for more emphasis on public relation in their mass communication syllabus.

He also served a member of the Constituent Assembly and served as the Minister of Information and Culture of Nigeria.

He served as Chairman of the National Sports Commission which was like a Minister of Sports then. Under his chairmanship Nigeria Contingent won a bronze and four silver medals at the 1992 Barcelona Olympic. The Nigeria Under 17 team the Golden Eaglet won the Under 17 World Cup (Japan 93), in addition to the golden boot and the fair play prize. In 1994 the Super Eagles for the very first time too also qualified to play in the final of a World Cup (USA 94).
He joined His Creator on November 14, 2019.”