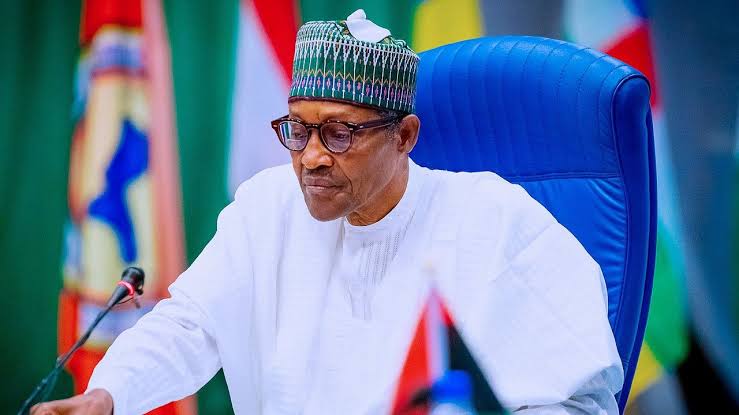 FEATURES: Alleged Claims of Genocide by Yoruba against President Buhari – The Matters Arising – By Adeleke Gbenga

When I interviewed Mr. Dapo Olorunyomi, the Publisher and Editor-in-Chief of Premium Times, one of the foremost online newspapers in Nigeria to react to increasing agitations of some ethnic groups in Nigeria for self determination, especially their rights for self determination and referendum being agitated for, he appeared confused. He apparently didn’t prepare for this type of question which looked like an ambush for him. 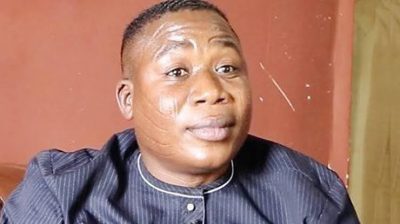 He did this in a write up he penned and published in Nigerian Tribune and social media a few weeks back. He also raised many cogent and salient points that were pertinent to the constitutionality or otherwise of the DSS’s roles the invasion and ordeals of Sunday Igboho.
He brilliantly did a comparative analysis of the roles of secret police in I think, USA, South Africa, Australia, Ghana and Nigeria citing the relevant provisions of these countries’ constitutions.
He did this comparison to reveal how lawless the Nigerian authorities and governments could be in the course of the duties and charge that Igboho would sue Federal government and DSS to court for unlawfully invaded him residence and violated his privacy.
Just like many prominent lawyers and other knowledgeable people had argued that Sunday Igboho had not committed any offence against the Federal Republic of Nigeria for peacefully convening public rallies across the Southwest to champion Yoruba cause, Chief Afe Babalola concluded his argument in the said write up that if Federal government would allow fair trial or give Igboho fair trial, he would win the case against government. But the fear is that Igboho just like Nnmadi Kanu will never get fair trial in Nigerian court under the present administration.
And just like Professor Bolaji Akinyemi had said in his said write up that whatever eventually happens to Sunday Igboho whether he is eventually killed by the government or lucky to be alive, he has become a martyr and a Yoruba hero. He would definitely be an albatross to many Yoruba political elites because he has been deified as liberator of Yoruba by the masses both in Nigeria and abroad.
Femi Fanikayode also expressed this view believing that Igboho would be the nemesis of many prominent Yoruba political gladiators due to their current position on Yoruba’s persecution under the current administration. 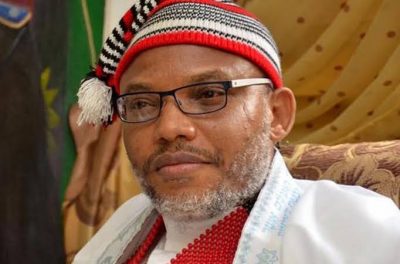 Professor Bolaji Akinyemi convincingly even said Yoruba would soon witness a massive shift of leadership from the current political leaders in Southwest to new sets of political leaders.
Sunday Igboho emerged on the scenes due to failure of political leaders in the Southwest at their tried times the Yoruba people needed their political leaders to stand up for them. Most of the States Governors failed to provide security of life and property when Fulani herdsmen were attacking the defenceless people even though they are the chief security officers of their States.
Yoruba people are citizens of Nigeria and therefore deserved to be protected by the Federal security agencies under the control of President Buhari but these security agencies including the Nigerian Army took side with the attackers.
Several communities in the Southwest were attacked under the watches of their States’Commissioners of Police with no offender arrested and prosecuted. The political ruling classes, APC and PDP including members of the National and States Houses of Assemblies who are Yoruba indigenes looked elsewhere and kept mum while their people, the people they represented as political leaders were being mauled down and kidnapped by the Fulani marauders. Ahmed Bola Tinubu was even reported in the media to have pooh -poohed the allegations of Fulani’s terrorism, apparently defending them against the allegations. The Southwest people became defenceless and helpless in the face of extermination that looked like a premedicated genocide.
This was the situation that threw up a rabble rouser like Sunday Igboho. It was after he gained popularity and became an embarrassment to the political leaders that the Southwest governors came up with Amotekun security regional outfit which was reluctantly accepted by the administration of President Buhari but with no permission to carry firearms. This explains why Amotekun is weak till this moment.
It was also as a result of the rising profile of Igboho in the Southwest and Nnmadi Kanu in the Southeast that prompted the Southwest and Southeast governors to join their colleagues in the South south to convene the Asaba forum in Delta State which dovetailed to what is known today as Southern Governors’ Forum where the popular Asaba’s declaration of ”No more open grazing in the South” was made. Our governors halve heatedly took this initiatives when the freedom fighters in Sunday Igboho and Nnmadi Kanu are daily getting support from the masses on the streets. They are becoming popular more than these governors and other political elites which explained their knee jack response to the challenge.

On Self determination and Yoruba Nationalism.

The fact to be known here is that the current Yoruba nationalism is deep seated and real among the Yoruba people of the Southwest and their kin and kit in the Diaspora. Even though many Yoruba elites may not believe in the current Nationalistic outburst of the Yoruba people due to their own selfish interests, they can not obviously deny its existence.
The dangerous thing about expression of nationalism is it can snowball to a breakup of the country and war especially if the political leaders lack political experience to manage it especially if the groups expressing it feel strongly about it or feel persecuted or suppressed by another groups who see themselves as superior or master race. Nigeria should closely study Britain, the country that colonized Nigeria.
English people who often saw themselves as the owners of United Kingdom the way the Fulani often see themselves as owners of Nigeria fought many wars with Northern Ireland, Scotland to suppress their agitations for nationalism and self determination. English people defeated and suppressed the people of Northern Ireland on many occasions but this didn’t stop the agitations. It indeed hardened Northern Ireland and made them not only to raise their own army but created many terrorist groups which became thorns in the flesh of the English.
The Britain has flexibly amended many provisions of its constitution which of is unwritten to provide autonomy for its constituents such as Northern Ireland, Scotland and Wale.
This was what equally happened to the State of Isreal recently created in 1946. Agitations for Jew nationalism, which led to the creation of Zionist, a Jew political movement with ”Zionism” ideology became widespread in Europe when the Jew ethnic groups who were citizens of different European Nation-States were being persecuted till the time Adolf Hitler later came on stage to master their extermination or genocide. Jews fled Europe and ran to America where they eventually became very strong financially, economically, culturally, intellectually formidable, scientifially strong . They started agitating for the creation of their own Nation-State eventually realised in 1946.
It also happened when the founding fathers of America mobilized themselves for war to liberate themselves from Britain to create a world to be called America.
There are many examples like that including in Africa but suffice to cite just only these few for the sake of time.
Self determination has never crossed my mind until recently when it assumed the life of its own after the Yoruba youths started. It needed not because it was not enshrined in the Nigerian constitution. Indeed, paragraph two of the preamble to the 1999 Constitution that makes the unity and harmony of Nigeria as one ”indivisible and indissoluble sovereign nation” makes agitation for self determination unthinkable.
Some Northern political elites have often stressed this to emphasize the impossibility of breaking Nigeria by any group. Except true war. Expression of nationalism in its self is harmless to the sovereignty of any country as it could be pursued within a Nation-State. It is only when it becomes virulent like it is currently under the administration of Mr. Buhari among Yoruba and Igbo that it becomes dangerous and threatening.
But, the question is should a group or groups of people fold their hands and watch helplessly as their members face threats of genocide by other groups who claim to be superior? This is when the security agencies of such country are in the hands of members of this acclaimed superior groups and are using them to feather their nests? Is self-defense not always the last resort in such a helpless situation for the defenceless groups? Or invitations to the international community to intervene in their plights just as Yoruba have done in their current travails?
The current trend of the Yoruba nationalism which has assumed a dangerous dimension given its agitation for self determination means that it has transited from the realms of myth and utopia to that of ideology. This explains why almost all the Yoruba elites whether politicians, professionals, businessmen etc are supporting Sunday Igboho. They have presently taken the struggle from him and his agbero crowds which means the struggle has indeed assumed as ideological and political dimensions from its initial realms of myth and utopian dream. Only God will help Nigeria because whatever Yoruba set their mind on, they always achieve it. They have fed up with Nigeria and Nigeria will never remain the same again if political power shifts to the South and ends up in the hands of a Southerner, whether of Yoruba, Igbo, Ijaw extraction or any other ethnic groups in the South for that matter.
President Buhari had inadvertently altered the map of Nigeria as it is presently constituted. And that is if Yoruba could even be placated at all and renegotiate with Nigeria. And whether Buhari and the northern elites understand this or not i.e the implications of their actions, is what one can not be categorical about.