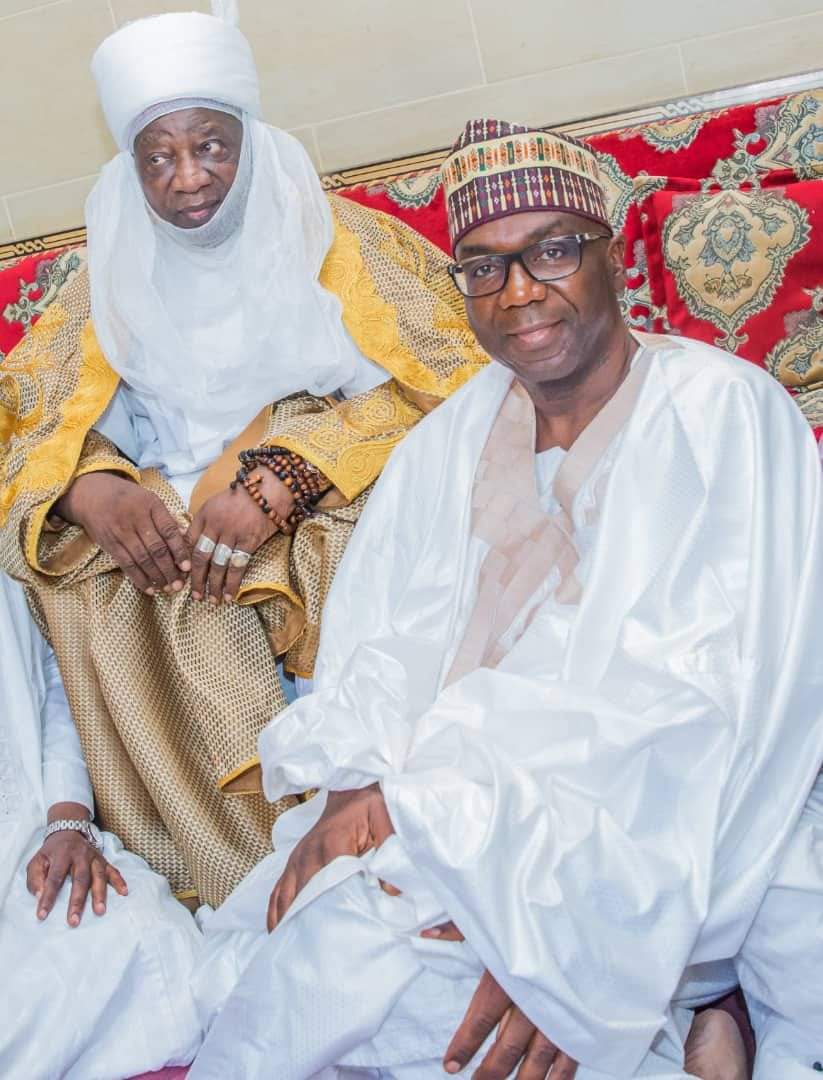 Governor Abdulrazaq felicitates with Emir of Ilorin at 80, describes him as symbol of unity

Kwara State Governor AbdulRahman AbdulRazaq on Wednesday felicitated with the Emir of Ilorin Dr Ibrahim Sulu-Gambari, describing him as the symbol of unity for the people of Ilorin Emirate whose welfare the emir considers paramount.

“On behalf of the people of Kwara State, the government, and my family, I send my heartfelt felicitations to His Royal Highness the Emir of Ilorin and Chairman of the Kwara State Traditional Council Dr Ibrahim Sulu-Gambari on his 80th birthday anniversary,” the Governor said in a statement by his spokesman Rafiu Ajakaye.

“The last 80 years of His Eminence’s life have been quite eventful just as the over two decades of his reign as the Emir of Ilorin have recorded tremendous achievements for the sons and daughters of Ilorin, and the ancient city itself. His reign has been peaceful and progressive with a lot of dynamism brought to the royal stool. We expected no less from a man who is today the most certificated and cosmopolitan Emir of Ilorin in history. His Highness was a distinguished lawyer and a fine judicial officer who rose through the ranks to become one of the most senior justices of the Nigerian Court of Appeal from where he retired to sit on the throne of his forefathers.

“Despite overseeing a rainbow city with varied interests and backgrounds, his royal highness continues to use his stool to build a more united Ilorin Emirate while also helping to strengthen relationships among different peoples and traditional authorities of our great state. As a symbol of our unity, the Emir’s love for our people is visibly evergreen!

“Once again, on behalf of the people of Kwara State, the government, and my family, I wish Mai Martaba more fulfilling and healthy years on the throne of his illustrious forebears.”