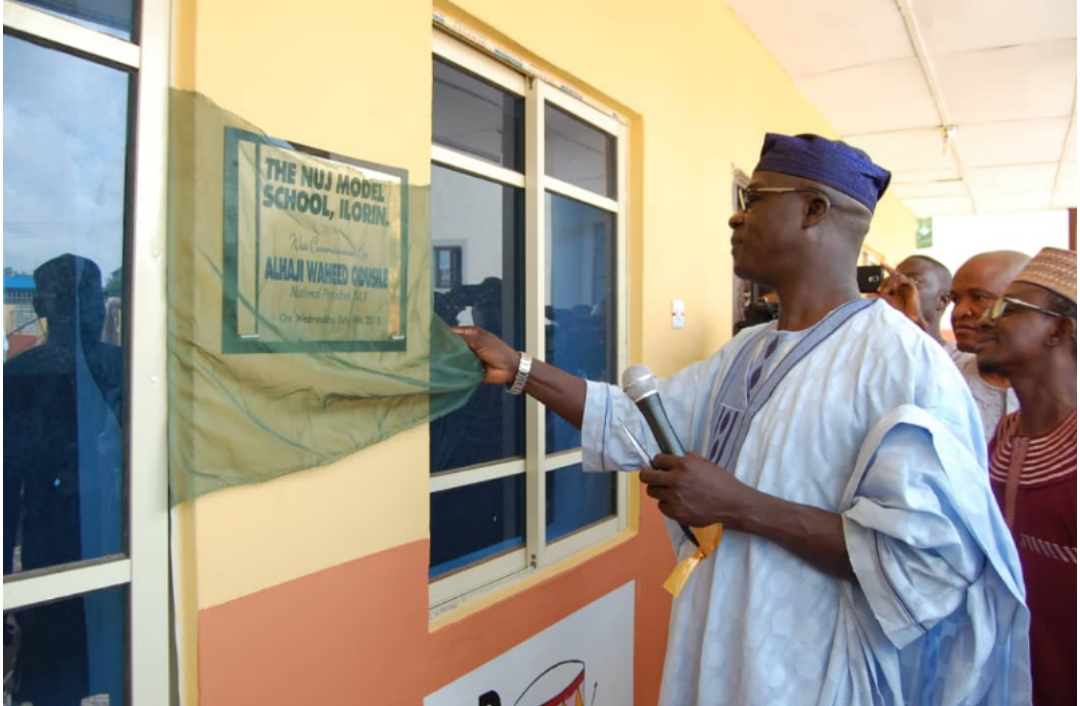 History was made in Ilorin, Kwara state on Wednesday, August 4, 2018 when the two projects undertaken by the state’s council of the Nigeria Union of Journalist (NUJ) were commissioned.

The novel projects are NUJ Model School and a mosque. A front line labour leader, Comrade Issa Aremu donated the mosque in memory of his late wife, Hamdalat Aremu.

A legal giant, Mallam Yusuf Ali was on hand to commission the mosque while the national coordinator of the Muslim Media Watch Group of Nigeria (MMWG), Alh Ibrahim Abdullahi gave a lecture on the importance of educational and places of worship.

Speaking at the event, Mallam Yusuf Ali (SAN) berated government at all levels and religious bodies in the country for not showing enough commitment to execution of projects that could benefit humanity.

He said both government and religious bodies were topping the list of of those that have abandoned projects across Nigeria.

The legal giant who emphasised the essence of places of worship said,”we must not be tired of assisting humanity”.

Ali also announced that he would provide praying mats to the mosque as part of his contribution to the project.

In his lecture, the coordinator, Muslim Media Watch Group of Nigeria, Alhji Abdullahi Ibrahim who spoke on the importance of the two projects said congregational worship would attract greater reward from God.

He said both the school and mosque projects were interwoven because according to him, Islam encourages Muslims and mankind to acquire knowledge and serve humanity.

Also speaking at the occasion, a former Secretary of the council, Elder Wole Adedeji enjoined adherents of the two religions to always co-habit together in peace and promote religious harmony and tolerance wherever they find themselves.

Adedeji also emphasised the benefits of congregational worship, noting that great rewards await those who promote peaceful coexistence amongst mankind