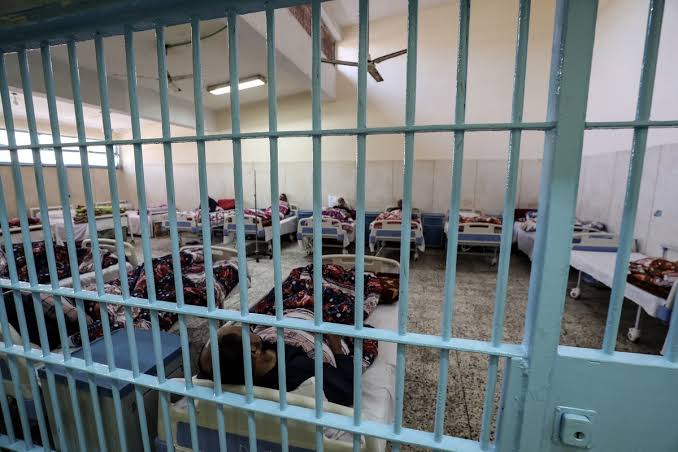 The newly constituted Kwara State Advisory Council on Prerogative of Mercy on Friday visited Oke-Kura and Mandala Correctional Centres to investigate cases of prisoners and convicts who are deserving of State pardon, with the ultimate aim of decongesting prisons in the State.

The Council Chairman and Attorney General and Commissioner for Justice, Barrister Ayinla Jawondo Salman said that the Council was at the prisons to have an assessment on the situation of things and make necessary recommendations to his Excellency for the release of some inmates as part of the national strategy to curtail the spread of COVID-19.

Jawondo stressed that the purpose of the 9-man panel was to primarily identify and subsequently recommend inmates who have been condemned, committed to life imprisonment and those awaiting trials that deserve state pardon.

He noted that the council is expected to be guided by rigorous criteria in ensuring that only deserving persons are considered for pardon.

“Categories of inmates to be considered in the prerogative of mercy include inmates with minor offences and having no pending cases; convicts who have served 10 years and above, aged inmates above 60 years; inmates having health challenges; convicted women and convicts who have spent 75 per cent of their remaining sentence”, he said.

During the visit, inmates who were convicted on various offences were interrogated and the committee promised to make honest and appropriate recommendations to the Governor for onward action.

While thanking the committee for their promptness to the assignment given to them, the Comptroller of Correctional Centres in Kwara State, A.F. Adebisi appreciated Governor Abdulrahman Abdulrazaq for been magnanimous and proactive in setting up the Council.

He noted that the committee was not set up just because of COVID-19 but to descongest the prison.

The Comptroller appeal to the State government to assist the Correctional centres will skill acquisition to enable the inmates learn a trade while in custody, this he said, will go a long way to make them become better persons when they reintegrate back to the society.

The Comptroller, who also said that the Correctional Service is planning to establish National Open University of Nigeria study centre at Mandala prison appealed to government and individual to support them with computer centre to aid the learning of the inmates.

It will be recalled that the Kwara State Governor, AbdulRahman AbdulRazaq approved the constitution of a nine-person Advisory Council on Prerogative of Mercy to advise him on the modalities for the release of some prison inmates as part of the national strategies to contain COVID-19.

The council is to advise the governor on the exercise of the prerogative of mercy conferred upon him by Section 212 of the Nigerian Constitution.

Other members of the Advisory Council are Gabriel Deji, Oluwole Osundeyi, Isiaka Olaide, Dr Bolakale Saliu, Khadijat Alao, Abdulrasheed Lafia Ibrahim,  Abdulkareem Olayiwola Ayinde and the Director of Public Prosecution, Barrister J.A. Mumini who is the Secretary of the Council.

KWARA NUJ FINANCIAL REPORT FOR THE MONTH OF SEPTEMBER 2020 0