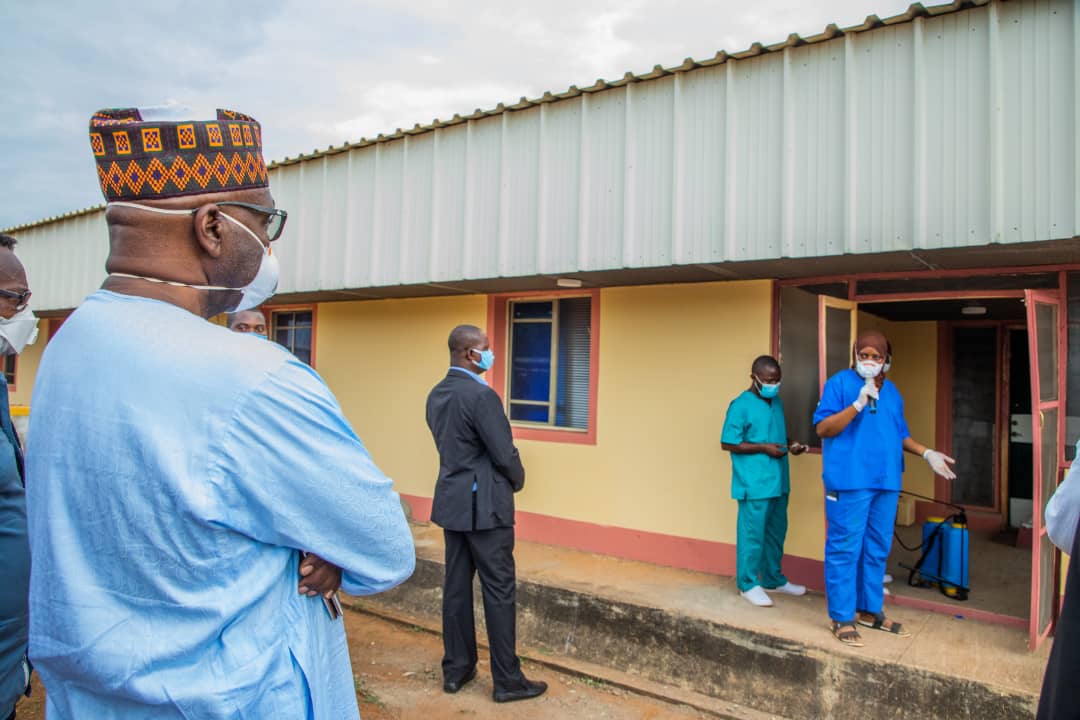 Kwara State Government Wednesday said the sudden peak in the number of COVID-19 cases on Monday followed a deliberate effort of the committee to contact-trace and test all persons and health workers that have had contacts with two persons that recently sneaked into the state and tested positive to the virus.

The government added that all but one of the 23 new cases posted on Monday — the highest in a day since the outbreak — were already in isolation before the test result as they had long been identified as “persons of interest” on account of their close contacts with a pregnant woman who sneaked in from Zamfara and later tested positive.

The woman was briefly treated at the Ilorin General Hospital and later at the University of Ilorin Teaching Hospital where she underwent an operation and later tested positive, leading to contact tracing and testing of over 180 people.

“Various precautionary measures have since been taken at the two hospitals, including disinfection of relevant wards, relocation of other patients to some other wards, testing of all the contacts, and a renewed emphasis on the need for healthcare workers to treat every patient as a potential COVID-19 case,” Rafiu Ajakaye, spokesman of the State Technical Committee on COVID-19, said in a statement.

“For the record, the rise in the cases was a result of government’s proactiveness in rounding up all contacts and testing all of them. Insinuations about the lack of PPEs or shortage of same are unfounded and reckless.”

The government said the 23 cases included a contact of a deceased whose corpse was brought into Kwara State from the neighbouring Ekiti State.

“The government has therefore despatched a Rapid Response Team to begin an aggressive contact tracing of the case in the affected community for another round of test,” the statement added.

“So far, 75 percent of our cases were imported. There is no record of community spread yet in Kwara. While we commend the security agencies for what they are doing, we urge them to do much more to secure our borders and prevent influx of people into the state. The new 23 cases, as many before now, were a backlash from porous borders.

“Even so, the government is not taking chances. Apart from constant supplies of PPEs and designation of holdings rooms across our facilities for suspicious cases, the government has intensified engagements with hospital heads and trainings for health workers to be on top of their game.

“In time of pandemic and other emergencies, it is a crime for anyone or entity to undermine a system put in place to protect the people. The government therefore warns that any action that purports to kill the morale of our health workers and those in the frontline of this national emergency will not be tolerated.”

The government meanwhile has called on the Federal Government to expedite action on setting up of at least a COVID-19 test centre in the state to strengthen the capacity to test more samples and urge people to come up for voluntary testing.

The government said it is willing to offer all the necessary cooperation to ease the setting up of the facility.

“Similarly, the government will soon announce the modalities for relaxing the lockdown order on worship centres in the state. The government sincerely commends the patience and understanding of our religious and traditional rulers while urging them to actively join the sensitisation campaign about the virus,” the statement added.

It said the government is to meet with the leadership of the Muslim and Christian communities in the state on Wednesday to fashion out the way forward on the proposed reopening of worship centres.

Secretariat Report for the Month of November, 2020 0