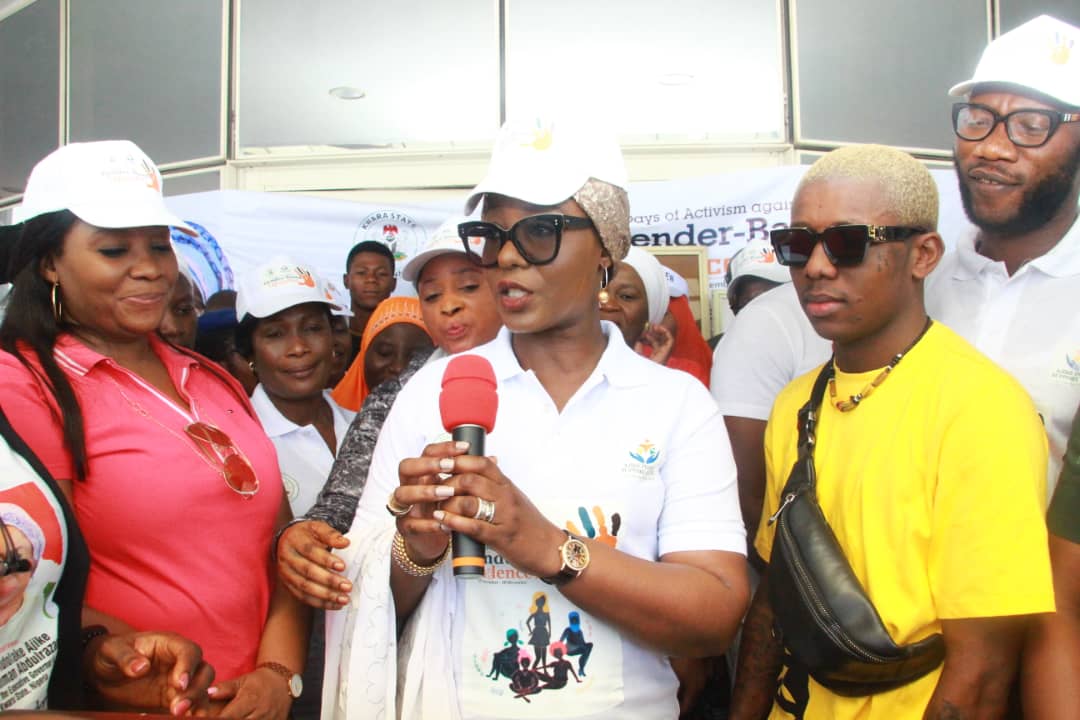 Wife of the Kwara State governor, Mrs Olufolake AbdulRhman has called on Journalists in Nigeria to support the advocacy to end gender based violence and other abuses against women.

She said to curb the spate of gender based violence against women – “we must depart from the usual practice of treating cases of abuse with silence”.

Addressing various women professional and non professional groups at the end of a walk to “NO Tolerance Against Gender Based” day held in Ilorin today, Mrs AbdulRahaman also called for stiffer penalty for perpetrators.

She particularly identified rape as the most pervasive violence against women, encouraging victims and those who suffer similar abuses to muster the courage to speak out.

“The most pervasive form of gender based violence against women is rape as it affects all women regardless of their ages, race,culture or socio-economic stature.

“While names and contexts may differ, women and girls universally experience rape, sexual abuse and violence at different times in their lives. 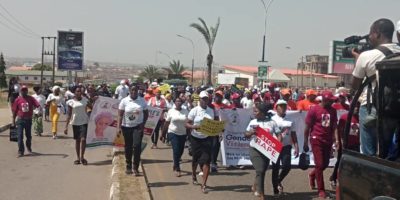 Women during the sensitization walk against rape and domestic violence

“As you may be aware, in June this year a 60 year old man allegedly raped a 4 year old girl here in Ilorin, it took the intervention of my office and the Kwara State Ministry of Women Affairs to get the said man to face the consequences of his action, while the care of the survivor was taken over by the ministry”, she said.

The governor’s wife also acknowledged that men were also not immune from gender based violence calling on Journalists to sustain the campaign beyond the day.

“Gentlemen of the press, It is in view of this that I particularly enjoin you, being members of the fourth estate of the realm to keep this advocacy as an ongoing conversation, until everyone is aware of the dangers inherent in gender based violence, she added.

On 25th of November every year, the world commemorates the international day for the elimination of violence against women dedicating 16 days of activism against gender based violence, culminating in human rights day on December 10th.

In Ilorin Kwara State capital, this year’s event was organised by the office of the wife of the Kwara state governor and Ajike Care Centre and was well attended by different professional growth including the Nigeria Union of Journalists (NUJ, and National Association of Women Journalists (NAWOJ) among others.

NUJ gets new executives in Kwara 0

KWARA NUJ FINANCIAL REPORT FOR THE MONTH OF JULY 2020 0