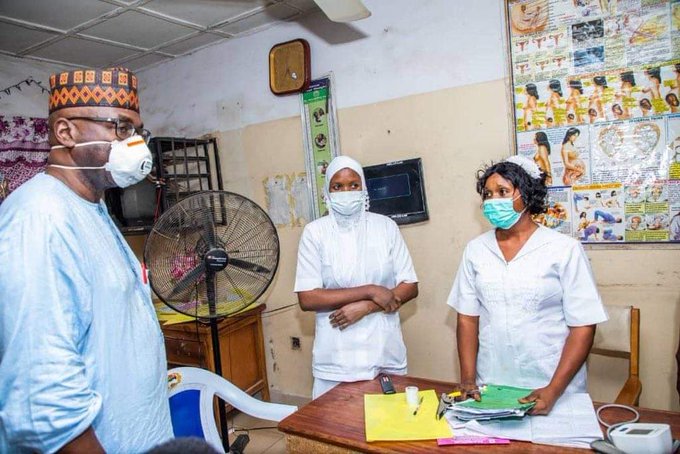 Kwara continued its leading roles in Nigeria’s COVID-19 response at the weekend, with the state emerging number one in preparation for vaccination and implementation countrywide.

The report emerged after the first 10-day vaccination campaign which ended on Friday.

According to a statement signed by the Press Secretary KWPHCDA, Mosebolatan Olayemi, daily Call-in Data Situation Report by the National Primary Healthcare Development showed that Kwara State leads with 61%, followed by Bauchi and Benue which had 52% vaccination proportion apiece.

“Summary of Daily Call-in Data by States as at Saturday March 27, 2021 shows that Kwara proportion vaccinated stood at 61% and followed by Bauchi and Benue States in which each state recorded 52% proportion vaccinated,” according to a statement by the Kwara State Primary Healthcare Development Agency.

“On status of readiness by states as at two weeks to implementation (COVID-19 vaccine introduction), Kwara also led the country with 77%, followed by Kaduna and Imo States which each secured 60%.”

The state had scored 98% in national preparedness ahead of the implementation of Covid-19 vaccination — followed by Nasarawa, Bauchi and Lagos States with 97%, 96% and 92% respectively.

The statement quoted the Executive Secretary of the KWPHDA Dr Nusirat Elelu as saying the state remains resolute to continue to show commitment in the fight against COVID-19.

“We commend His Excellency Governor AbdulRahman AbdulRazaq for his leadership roles which enabled the state to achieve the feat, amongst other strides in the health sector,” the statement added.