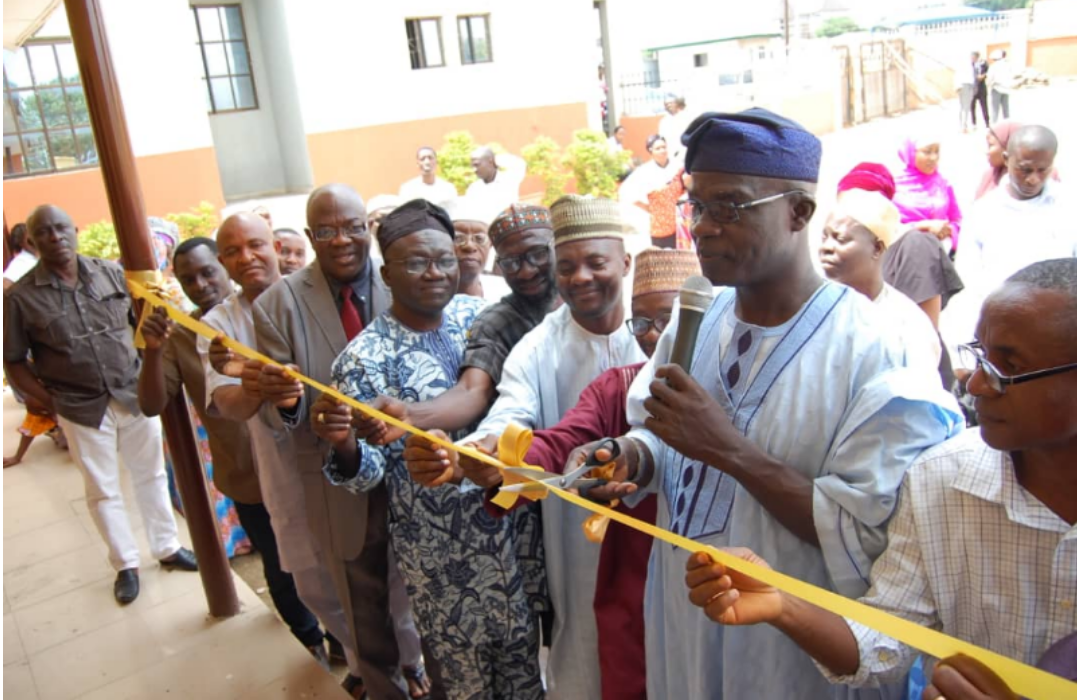 Education is said to be only lifetime legacy any serious society can bequeath to its successive generations due to the unquantifiable role it plays in the life of human beings. It helps in moulding and shaping the thoughts, aspirations and desires of the people.
Prior to being educated, human beings were believed to be groping in the darkest side of life and with the education, the coast got cleared and the path with which they treaded became illuminated. And there came a time for them to conceive, think and resolve on how to prosecute what they arrived at in their thought processes.

If man was to remain ignoramus as it was in the time past, such would have been the lot of the society. Ever since the man became aware of the importance of education in his life, he has become so curious in wanting to know and know in his insatiable quest for knowledge.
It was on the basis of this that man conceived the idea of preparing a foundation for quality education, and this perhaps gave birth to provision of infrastructure, one of which is building of classrooms, which served as learning environment. The belief then was that there was a clear nexus between environment and provision of quality education, and the implication was that quality education would be ultimately determined by conducive environment provided.

And in furtherance of this, man continued to prime the future for the upcoming generation with sustenance of legacies designed via education. By this, one is tempted to believe that quality education made past generations to be unique in thinking and acting all through their lifetimes.
Acknowledging quality education as a driving force in mitigating the adverse effects of societal challenges and preparing better future younger generation, the Kwara State Council of Nigeria Union of Journalists (NUJ) under its immediate past Chairman, Comrade Abiodun Abdulkareem, in 2016 resolved to build a school as a legacy not minding the lame resources available.

Although the idea was chronicled in the 2012 electoral campaign promises of Abdulkareem, but his administration could only lay a foundation for NUJ Pen School in July 2015 at NUJ Estate, Ganikin, Off Old Jebba Road, Ilorin, no thanks to scarcity of funds, which nearly crippled lofty goals the administration intent to pursue vigorously.
However, what initially appeared like mission impossible began in August 2016 after the return of a delegation of the state council of NUJ to the union’s conference in Abeokuta, Ogun State. The foundation for the temporary site of the pen school was laid and construction work commenced in that sequence.

All roads led to the sprawling premises of Kwara State Council of Nigeria Union of Journalists (NUJ) in the city of Ilorin, the state capital last Monday when the completed NUJ Model School was formally commissioned for the use of not only members of pen fraternity, who are expected to enrol their kids but the general public.
The National President of the NUJ, Alhaji Abdulwaheed Odusile, was on ground to perform the unveiling of the new block of classrooms of the Kwara NUJ model school. The school was built with Creche and Nursery facilities.
While the crèche section was expected to start operation immediately, the Nursery section is expected to commence in the 2018/2019 academic session.

Commissioning, the school project, Odusile who expressed delight over the initiative, said the project was a worthwhile one and encouraged other councils to emulate Kwara.
He urged the leadership of Kwara State Chapter of the National Association of Women Journalists (NAWOJ) to encourage members to patronize the facilities, saying the” project must not die”.
The president, who also admitted the first child of a member of NAWOJ from the State Ministry Information and Communications into the crèche facility, observed that the environment was “safe “for their children and also conducive for teaching and learning.
In his speech at the ceremony, former chairman of the council, said the project was self financed by members through personal contributions and support from some friends of the council including the former chairman of the Ilorin branch of the Nigeria Bar Association (NBA).
He said the plan of the council was to also start its Secondary section at the permanent site of the Kwara Journalists’ Estate at Ganniki, Ilorin.
Abdulkareem, who went down memory lane, described the project as a product of sacrifice.
“When we conceived the idea of the school, we were constrained as to where do we get the funding. At that time, there was no resources available but we persevered and full of hope that things would get better.
“Fortunately for us, we proposed to attend the NuJ National Delegates’ Conference in Abeokuta, Ogun State, sometime in 2016. We mobilised fund and through that effort, we were able to get huge amount of money. We thought of sharing the money among the delegates going from our council but we told ourselves, we have to make sacrifices, that certain percentage of the money would be devoted to our school project. That was how we continue.
“I’m happy and most delighted to inform you that the project we are commissioning today is a product of sacrifices from our members. If they insisted that they must share everything from the resources we are able to mobilise, there is hardly little we can do to change that, because truly, the money was sourced for the purpose of attending the conference”, Abdulkareem said.
He thanked members of the NUJ in the state for their support and prayers, which has noted, assisted his administration in taking rational decision for the benefit of all.
New Chairman of the council, Umar Abdulwahab, said the council under his administration would consolidate on the successes recorded on the project by ensuring the take off of Nursery Section by September this year.
He urged members of the council to key into the project to ensure its sustainability.
Earlier during an interactive session with members, the President announced that his administration had secured a license from the Nigeria Broadcasting Commission, NBC to commence operation of own TV station.
He said efforts were also on top gear to achieve an enhance media allowances for practitioners even as he announced that the union was concluding arrangement to attract local and international training opportunities for members.
At the commissioning of the Kwara NUJ model school were veteran journalists in the state including a former chairman of the council, Alhaji Mohammed Tunde Akanbi; a former Editor of The Herald Newspapers and currently Senior Special Assistant to the Senate President on Media Matters, Alhaji Abdullahi Olesin among others.