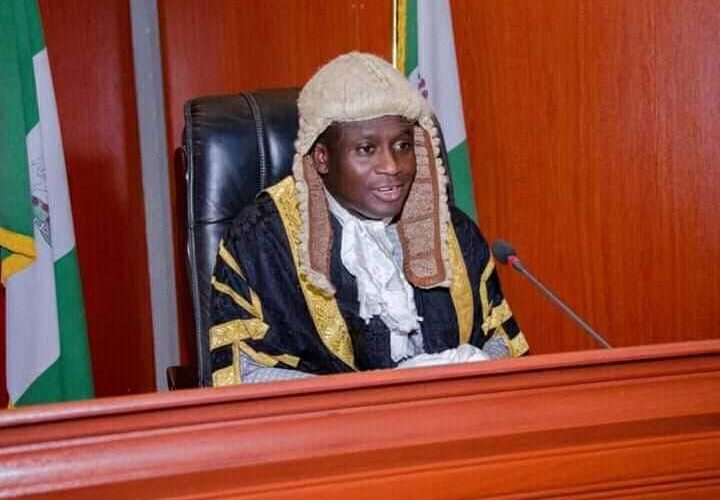 The Nigeria Union of Journalists (NUJ), Kwara State Council has commended the Speaker of the Kwara State House of Assembly, Rt. Hon. Yakubu Danladi Salihu, for appointing its members as his Chief Press Secretary.

The State NUJ made the commendation in a congratulatory message jointly signed by the Chairman and Secretary, Mall Umar Abdulwahab and Deacon Omotayo Ayanda respectively to Mr. Sheu Abdulkadri Yusuf on his appointment as the Chief Media Officer to the Rt. Hon. Speaker, Kwara State House of Assembly.

While appreciating the Speaker for appointing a seasoned broadcast Journalist from that state, the union noted that the Speaker has confirmed his confidence in the Nigerian media, which will continue to be a reference point in the annals of history.

“It gladdens our heart that you have taken professionalism and expertise in selecting your information managers, it is our strong belief that Yusuf, as the new CPS, will strengthen the media team and will engender a much vibrant communication, especially with the media”, the statement added.

According to the Union, the appointment of Yusuf is a welcome development, saying that he knows what to do to maintain media relationship with the House of Assembly.

“He (Yusuf) has been a very tested Journalist, he has all it takes to be a CPS having worked as journalist over years in the state, we are optimistic that he will bring his wealth of experience in journalism to bear in his new post”.

The Union, however, advised the new CPS to uplift and uphold the tenets of the profession by ensuring that major stakeholders in the profession function better, even as it urged him not to betray the confidence the Speaker, the House Press Corps and Kwara NUJ in general have in him.

The Council pledged its professional support to him, while wishing him success in the discharge of their duties.

The statement enjoined media practitioners in the state to always carry themselves with high sense of dignity in carrying out the assignment by ensuring that the ethics of the profession was upheld. It added that due diligence and hard work will always attract recognition and reward.

KWARA NUJ FINANCIAL REPORT FOR THE MONTH OF SEPTEMBER 2020 0