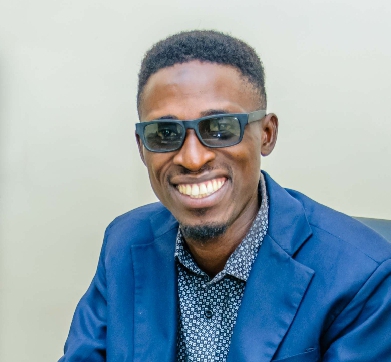 In a letter of nomination addressed to the media practitioner on Friday January 31, 2020, and signed by the Director of ICFJ Knight Fellowship Jennifer Dorroh, congratulated the journalist for being among the nominees for 2020. 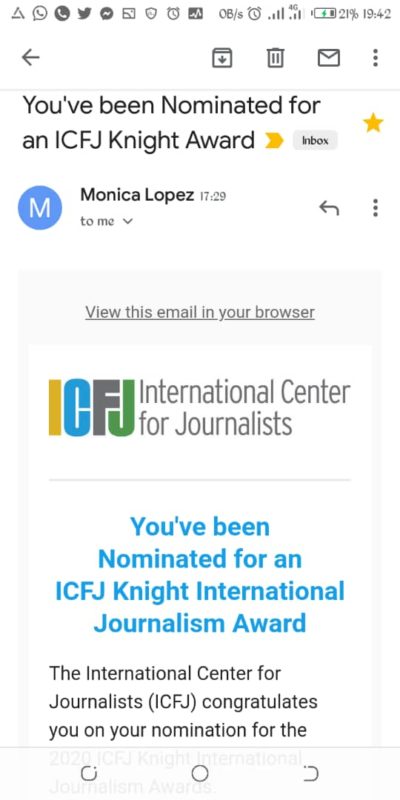 A Master Degree holder in Mass communication from the university of Lagos Dare Akogun has over 8 years experience in the media that transcend both print and broadcast.

He has attended conferences, workshops and trainings on the media, among which is a two weeks intensive deep dive course on oil and Gas Reporting for selected 25 journalist in Nigeria, sponsored by the National Resource Governance Institute held at the Pan Atlantic University, Lagos.

He is the brain behind the idea of the now popular trend of radio stations in Kwara state, giving live reports and updates of electioneering process, when he proposed it his media organisation (Sobi fm) and he was made the field coordinator for the first live election update to be aired on radio in Kwara state from the beginning to the end with the LGA election in 2017.

The success of this epoch making event made the station to send him and a colleague to cover the Ekiti and Osun States gubernatorial election 2018, as the only radio station from Kwara state to do so, and they were able to give first hand information live from the field from the beginning to the end, to the door steps of residents of Kwara State.

He is currently an editor/ correspondent and producer has provided him hands on experience to continue to improve on a career in information management and dissemination coupled with an extensive understanding of the dynamism of communications and its impact on the lives of the people.

Also as an anchor of weekly educative and interactive program on Sobi fm  ‘Home Front’, he has been able to educate and enlighten the general public on their rights as citizens and as major stakeholder in the development of Kwara State and Nigeria as a whole.

The Washington, United States of America based Centre, is a nonprofit organisation that has worked with more than 140,000 journalists from 180 countries, prides itself as working at the nexus of journalism and technology, by building the expertise and storytelling skills of reporters worldwide.

With work in five key areas fostering news innovation, build strong networks of investigative reporters, and run exchange programs to deepen understanding, and  develop expertise in areas such as health and business, and promote a diversity of voices in news coverage.

Each year, ICFJ honors two outstanding winners for their pioneering coverage or media innovations which have made a significant impact on the lives of people around the world. Candidates can be reporters, editors, technologists, media managers, citizen journalists or bloggers.

Award winners receive a trip to the United States, where they will be honored at ICFJ’s Awards Dinner on November 12, 2020.