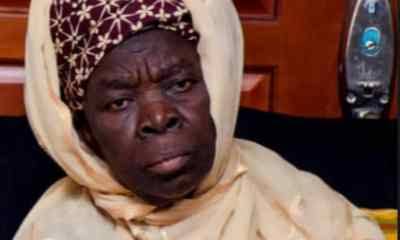 The Kwara State Council of the Nigeria Union of Journalists has commiserated with the former Minister of Sports and Youth Development, Mallam Bolaji Abdullahi, over the death of his Mother, Hajia Rafat Ajeigbe Abdullahi.

In a statement, the Chairman and Secretary of the state council of NUJ, Abdullateef ‘Lanre Ahmed and Omotayo Ayanda respectively described the deceased as a devoted Muslim, who lived a pious and exemplary life.

The statement noted that Hajia Abdullahi etched her footprints in the sands of time with her quality parentage, which manifested in the life of the erstwhile Minister and Commissioner for Education in Kwara State.

The union encouraged the former Minister and members of Abdullahi’s family to take solace in the knowledge that their late mother lived an accomplished and fulfilled life.

“We admonish you in particular and the entire Abdullahi’s family to see the death of our mother as an act of God. It is our prayer that the Almighty Allah forgives her earthly inadequacies and grant her Al-Janah Firdaus and the family the fortitude to endure the colossal loss”, the Kwara NUJ said.

The late Hajia Rafat Abdullah died yesterday (Wednesday) at the age of 76 and had since buried according to Islamic injunctions.