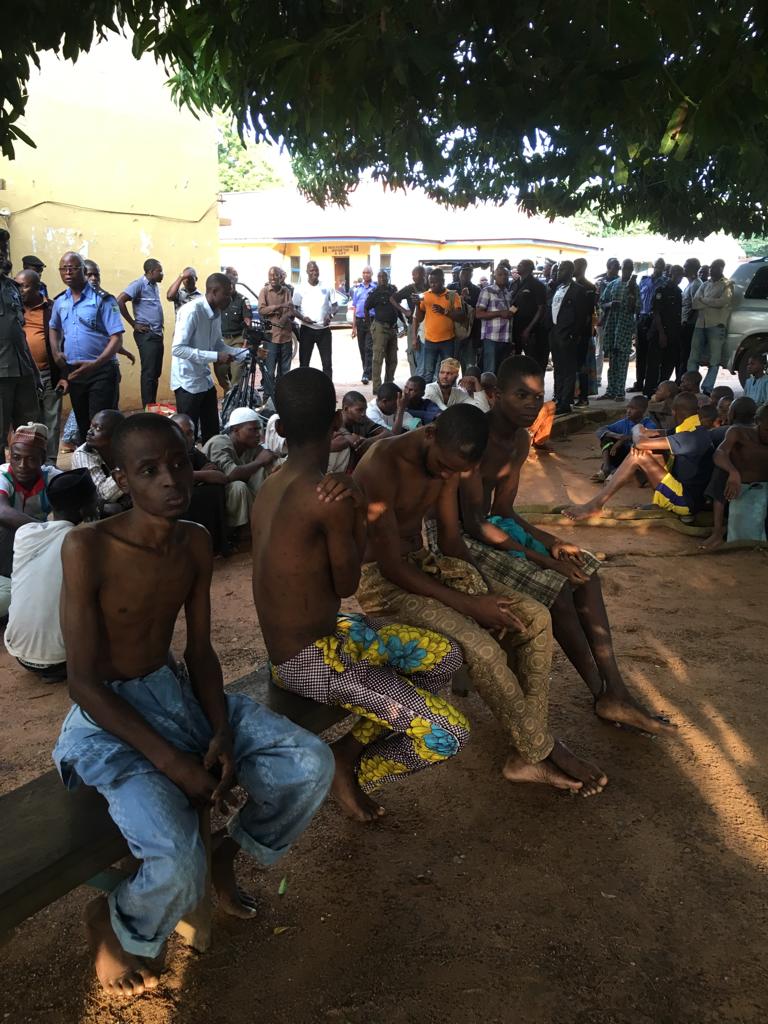 The operators of the centre and some of the rescued inmates were paraded before Journalists at the Headquarters of Kwara State Police Command, Ilorin.

Speaking during their parade at the Command Headquarters in Ilorin, the Police Commissioner in the state, Kayode Egbetokun, said the place was discovered through intelligence gathering and was busted after surveillance of the for some days.

“The Illegal rehabilitation center was discovered through intelligence gathering and we busted the place today where we discovered some underground homes where the people are kept.

“I have spoken to some of them who claimed their parents took them there and investigation is ongoing to know if what people said about the place is true and the claims by the victims,” he said.
Some of the inmates, Collins Temitope Owonifaari and Warith Hussein, said they had spent four months and 20 days, saying they were being tortured.

They disclosed that their parents paid over N100,000 for a start and still pays N15,000 monthly for their upkeep.

There were children and young ladies among the inmates one of whom disclosed that they were usually raped by one of the owner’s brothers and his sons.

Police have started contacting some of the parents as at the time of filing this report.