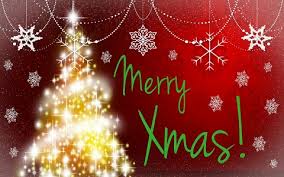 The newly inaugurated Chairman of Christian Association of Nigeria (CAN) Kwara State chapter, His Lordship, Most Rev. Paul Adegboyega Olawoore has charged journalists, especially Christian journalists, to show forth the glory of Christ in their daily assignments.

Most Reverend Olawoore who is also the Bishop of Ilorin Diocese of the Catholic Church gave the charge when he played host to members of the Kwara NUJ Christmas Carol committee in his office.

The chairman expressed joy at the initiative, stressing that “…with this you are planning, CAN is in full support. You have the support of CAN because Christ must be known. It is an assignment for all Christians, whether you are a cleric or not, the most important duty of all Christians is to make Christ known to the whole world.”

He however urged members of the committee not to focus on the Carol alone but to strive for other programs that will project Christ to the world.

“I want to thank you for this Carol but after the Carol what next?
I would love to see more programs organised to show forth the glory of God after this carol and this is my charge to you, be committed to the things of God and let the world see the glory of Christ in you and the work of your hands,” he urged.

Earlier, the committee Chairman, Rowland Olonishuwa, had congratulated the CAN Chairman and his executives on their recent election and inauguration.

While explaining the essence of the visit, he stated that the State Council of the NUJ under the leadership of Mallam Umar Abdulwahab was hosting the maiden edition of the Christmas Carol in the state and solicited the support of CAN.

According to him, the Carol which will hold on Friday, December 13, 2019 by 4pm prompt has as its theme, “We have seen His star!” and the anchor scripture is taken from Matthew 2 verse 2.

Earlier, the committee had visited the Head of Service, Mrs. Susan Modupe Oluwole who also pledged to support the Carol committee.

The HoS who prayed for a successful Carol for the State Council of the NUJ lauded the initiative as a welcome development that will further cement religious tolerance among journalists in the state.

KWARA NUJ FINANCIAL REPORT FOR THE MONTH OF JANUARY 2019 0