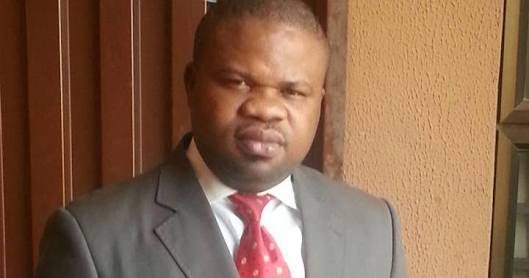 Isiguzo specially appreciated Nigerian Journalists for their doggedness, professionalism, diligence and dedication to their professional calling despite the peculiar occupational hazards they face in the line of duty.

According to a press statement signed by the NUJ Boss, the Union called on media workers as they go about their duties covering the Coronavirus issues, to be careful and take all precautionary measures as prescribed by WHO and the NCDC.

He also used this occasion to once again call on governments at all levels to come to the aid of the Media workers who work round the clock in information dissemination.

“Media workers are also on the frontline in containing the COVID-19 pandemic, hence the need for comprehensive insurance, palliatives, safety kits and very importantly hazard allowance”, he said.

Carter who was reportedly detained by the DSS over a leaked telephone conversation he had with a medical doctor on the method deployed by the Akwa Ibom state government in handling the spread of Coronavirus in the state had been arraigned before a Magistrate Court in Uyo presided over by Magistrate Winifred M. Umohandy Esq on a three-count charge bothering on defamation of character.

He, however, requested debtor media companies to do the needful by clearing several months arrears of salaries owed their workers, even as he urged members not to be dissuaded by these challenges but continue to keep hope alive.

No case of Coronavirus at Unilorin 0