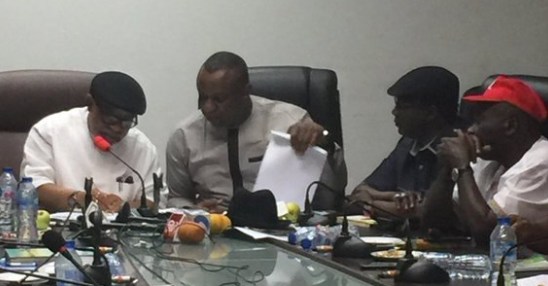 Labour and the Federal Government have defended their positions on the new minimum wage table for workers’ salaries.

They had last night reached an agreement on the consequential adjustment to the salaries of senior civil servants towards the full implementation of the new minimum wage.

The agreement, after two days of talks, ended the strike threat.

In addition to Federal Government workers on Levels 1-6, who already enjoy the N30,000 minimum wage, Grade Level 07 workers, will now have 23% addition to their pay.

The TUC confirmed the agreement in a statement by its President, Comrade Quadri Olaleye, and Secretary-General, Comrade Musa-Lawal Ozigi.

They said: “We commend the Head of Service of the federation, Dr. Folashade Yemi-Esan and her team for their sincerity.

“Though they argued that government cannot afford to meet our earlier demand of N30, 000 minimum wage across board because of the economic situation in the country, but we made them understand that some people cannot be more Nigerian than others.

“As an organization and a major stakeholder in the Nigerian project we believe that the parties have done well. We shifted grounds and that is why we were able to resolve things without major injuries. It is a win win situation.
“This is a unique agreement and we promise to build on that by God’s grace.”

Speaking before the resumption of talks yesterday, Ngige urged both parties to conclude negotiations on the consequential adjustment for the full implementation of N30, 000 minimum wage to workers.

He urged them to fast track discussions and put an end to the minimum wage discussion.

The minister addressed reporters before the meeting started at about 8: 30pm.

Ngige said: “We have often repeated that the essence of that law was for the President to lift the vulnerable working force both in the private and public service.

“This is a national law and it must be obeyed by all, state government, local government and all persons concerned that employ more than 25 per cent in their organisation.

“We have decided to fast track discussions. We are fast tracking it because we need to put an end to the issue of minimum wage till the next five year when it will come up again.