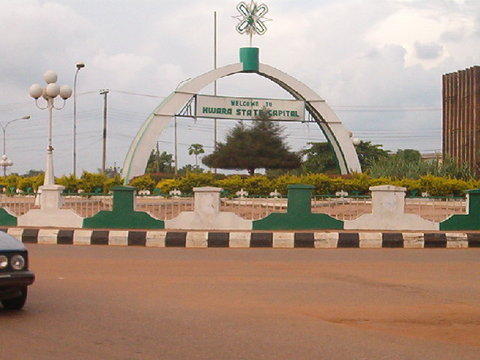 On assumption of office in May 2019, the immediate challenge before Governor AbdulRahman AbdulRazaq was to stabilise Kwara State. From primary healthcare, basic education, nutrition, water, access roads, cash-starved civil service, and many more, the state tottered on the brinks of collapse and required emergency measures to restore normalcy. That explains the many quick fixes and impactful interventions of the last few months. Up to 10 water works have now been fixed. Two more, in Offa/Oyun and Jebba, are in the works. The state is now off the UBEC blacklist and has accessed a backlog of seven years matching grants from the federal government to invest in the future of the children. Routine immunisation is back. Basic healthcare services are back and stable, including free malaria care, and public hospitals now attract thrice the traffic inherited in 2019. For the record, equipments that never existed in the state are now found in public hospitals. The Colleges of Education have now regained their accreditation — some lost theirs nearly 10 years ago! Between 2019 and 2020, the administration intervened in/constructed over 100 roads, culverts, bridges, including critical access roads in the hinterlands. Until 2020, if you were travelling within Kwara, you needed a detour to Igbeti in Oyo State to access Bani (Kaiama) in Kwara State. That is no longer the case, thanks to this administration. At least 43 schools and 23 primary healthcare facilities are being renovated and equipped. Several contractual debts and obligations, including salaries, dating back as far as 2012 have been settled.

Long-gone development partners are back in the state — thanks to huge counterpart funds paid by the administration as well as its political commitment to bettering the state’s human capital indices. What about the running cost now restored to breathe life to the MDAs? The icing on the cake are several anti-poverty measures and pro-business interventions of the administration from which dozens of thousands of residents have benefited. Last year, the administration built and equipped an isolation centre — the first in the 54-year-old state. It is constructing a 12-bed intensive care unit (ICU) at the premier Ilorin General Hospital, the largest in the entire north central. The Lafiagi General Hospital is undergoing a massive renovation and remodeling that would also give birth to a well-equipped accident and emergency section, a modern laboratory, a theatre within the maternity ward, cubicles housing a scan section, and a VIP ward. Each ward of the hospital now has its own convenience.

A visual arts centre and an innovation hub — both of them products of futuristic thinking — are being built, while various sports facilities such as a 10-arm squash court are underway at the Kwara State Stadium Complex. That will possibly be the biggest squash complex in Nigeria. Hold your breath: from being off air in 2019, the Radio Kwara now transmits 24 hours, the first time since it was established. And, eureka, the construction of a government FM radio is underway in Baruten, ending years of the Kwara north relying on radio stations in Benin Republic or Oyo State. Many people have commended the Governor for his strides within such a short period. And the prudence with which he achieved all that without incurring any debt or owing salaries.

But there is a lot more to be done. A lot more. Kwara requires huge investments in strategic infrastructure and revenue-generating vocations to widen the economic base of the state without resorting to undue taxation of the citizenry. For this reason, following a cabinet approval for same on December 24, 2020, the Governor has secured an approval from the parliament to raise N35bn bond from the capital market to fund new and existing infrastructural development and various economic projects that will drive growth and create jobs for the people. The step is no moot point, given the plummeting revenue from federal allocations and internally generated revenue, mounting government’s obligations to the people, as well as the imperative to put the state on a sound footing. The bond has a tenor of eight years and is tied to an irrevocable standing payment order on federal allocation. Haunted by dwindling revenue, no fewer than nine state governments have in the past one year or so raised bonds of varying amounts to fund projects. These include Oyo (N100bn); Kogi (N3bn; it had earlier raised N20bn in 2014); Edo (N25bn); Lagos (N100bn); Ondo (N50bn); Kano (N50bn); Ogun (N250bn); Plateau (N30bn); and Katsina (N55bn).

Some N13bn of Kwara bond sums would go into funding 37 (ongoing and new) roads of varying sizes across the three senatorial districts. That includes but is not limited to the ongoing 33km Ilesha Baruba road and the prized Iwo-Sabaja-Owa-Onire-Owu road which empties into the phenomenal Owu Fall. These would open up the state, shorten travel time, ease the business climate, attract tourists and investors, and widen revenue base.

The agricultural sector will gulp the second biggest investment at N7bn. The government plans to establish ‘virtual farms’ spanning thousands of hectares of land, supported with processing and packaging factories. The focus, according to the plan, is on cashew, soya bean, shea, and cocoa processing. Why are ‘virtual farms’ so called? Here is why: the government would fund the founding of large farms, complete with modern ICT gadgets, security system, insurance, and appropriate land titles. However, anyone anywhere in the world could own and trade with them after acquiring same from the government. So, you could be living in Australia and own a farm that you can monitor online and trade with in Kwara State. This will lead to significant job opportunities, create a long value chain, and boost economic activities and revenue generation across the state.

A cumulative sum of N15bn will be spent on the education, health, entertainment, and creative sectors.

In education, the administration will increase human traffic and increased economic growth in other parts of the state by completing the Ilesha Baruba and Osi campuses of the Kwara State University. That will attract feeder businesses and investments to those axes of the state to serve thousands of students and workers who would be matriculated or be engaged in those campuses. A part of the money will also go into basic education, and to strengthen the Aviation College (which until this administration came had just five students. The tally is now over 70 enrollees, even though more funds need to go into buying simulators and putting in place other facilities to seal new partnerships with critical stakeholders). The Colleges of Education in Oro, Lafiagi, and Ilorin will get a share of the funds — same for the Kwara State Polytechnic.

The hospital management board is appalled at the horrible situation of most of the state’s 48 secondary health facilities. Massive rehabilitation and equipment of some major general hospitals in the state with modern gadgets will be covered. Dozens of primary health care facilities will be upgraded and equipped – in addition to those already undergoing similar facelifts. The upgrade will include electronic medical record system for the state, significantly boosting the quality of healthcare delivery in the state. Kwara holds the trophy as the state with the highest prevalent of open defecation. A massive anti-open defecation campaign, or Water, Sanitation and Hygiene (WASH), worth N500m would be funded with the bond to complement some existing initiatives that recently won Kwara State a pledge of 1000 pour-flush toilets from the private sector stakeholders.

A film factory will be built in the capital city Ilorin. A race to tap into the multimillion-dollar entertainment industry, the facility will offer production and post-production services for Nollywood and other West African movie industries. Primed to rival Lagos and Accra, the two major hubs for postproduction in the African subregion, the film factory will have capacities for sound stages, render farms, animation, green rooms, production rooms, visual editing, master dubbing, sound overlay, editing and subtitles. The facility would be attached to relevant department of the Kwara State University. Some funds will also go into completing the ongoing visual arts centre, with a space for gold-standard antiquities sourced from across the state, workshop studios for artists to practice, a space for exhibition of contemporary art, art shops, and a café. This will boost the creative industry, promote tourism, create job opportunities, and increase revenue generation in the state.

Positioned just next to the expansive Kwara Hotel, the state’s Innovation Hub — an initiative targeted at young people — is already underway. It is being built by the government but would-be co-run by private sector operators who would have the common goal of growing modern technology among the youths in Kwara State. The hub will create 100 direct jobs and 600 indirect employments from auxiliary services and logistics, while 20,000 youths are to be trained in software engineering, artificial intelligence, machine learning, graphic design, social media and digital marketing annually. An estimated 5,000 ICT jobs are to be secured per year. The hub, which is to serve as a start-up incubator for ICT micro, small and medium enterprises (MSMEs) in the state, will be completed and equipped under the bond.

The establishment of a fully-integrated Kwara Garment Village and an industrial park is estimated to gulp N5bn. The expansive facility will be equipped with fully automated equipment and uninterrupted power supply, generating at least 3,000 direct jobs, affordable quality wears, technology transfer, and revving up revenues. All things being equal, the facility is planned to come with backward integration that would lead to large-scale cotton cultivation involving 2,000 farmers. The industrial park, for its part, will lead to improved infrastructure for development of free trade zone, agro-processing facilities, reduced transactional cost, and better the living condition for the people.

These projects, added to various service costs and taxes, are what the administration plans to fund with the N35bn bond amid compliance with various regulations. These are intended to build on the impactful strides of the government.

Standing shoulder high in prudent management of resources and a spartan lifestyle, the Governor has paid more attention to the previously underserved communities while redirecting funds to jumpstart the economy through basic amenities. There is no doubt from anywhere about him deploying the bond to the best advantage of the state — safe from the usual suspects who had left Kwara in ruins and piled up debts, including unpaid salaries and abandoned projects, including those for which a N17bn bond was secured in 2009.

The new bond is positioned to provide the building blocks of a new Kwara to trigger massive youth employment across all sectors whilst providing good public services, and an  enabling environment for meaningful engagement and livelihood for all.

• Rafiu Ajakaye is Chief Press Secretary to the Governor