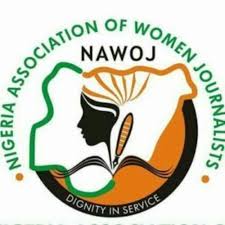 The Nigeria Association of Women Journalists (NAWOJ) has constituted a 7-member National Task Force for purposes of guidance, implementation and evaluation of states and zonal activities under NAWOJ COVID-19 Action Plan.

This was ratified by the Central Working Committee (CWC) of NAWOJ, Tuesday April 28, 2020 during a meeting, which took place online via the WhatsApp social media platform and presided over by the National President, Mrs Ifeyinwa Omowole.

The CWC, during the meeting, saw the need for the national body to contribute its quota as professionals and as mothers to the campaign against Covid-19 pandemic of which confirmed cases has been increasing daily in Nigeria.

It gave priority to creating awareness and sensitizing the public about the novel Covid-19 pandemic that is affecting human lives and economies in countries of the world, based on the guidelines provided by the World Health Organization (WHO) and the Nigeria Centre for Disease Control (NCDC) with a view to preventing its spread in the country.

As part of the NAWOJ COVID-19 Action Plan, the Association intends to produce jingles in Pidgin English and local languages for airing in broadcast stations in the 36 states and the Federal Capital Territory, in addition to going to markets and other places to create awareness among the locals at the grassroots from May 4, when the lockdown would have eased.

Meanwhile, the CWC has encouraged all Zonal Vice Presidents and Zonal Secretaries to take stronger leadership roles in their various zones, while also urging all state chairpersons of NAWOJ to liaise with relevant individuals, government agencies and groups to provide palliatives to deserving members in the various states and Federal Capital Territory, as part of the Action Plan.

Also, the leadership of NAWOJ in all the states of the Federation are enjoined towork with national officers in their midst in sourcing support for the success of the Action Plan.