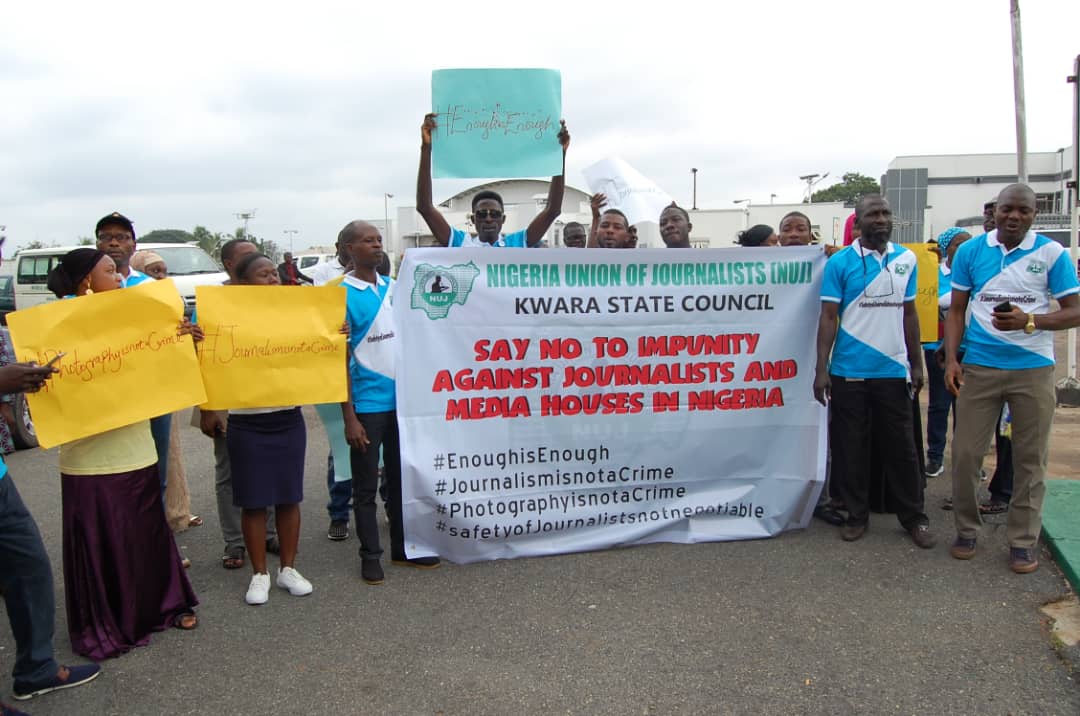 Members of the Nigeria Union of Journalists (NUJ), kwara State Council on Thursday protested against the increasing harassment and intimidation of journalists across the country.

The protest march, which started from the premises of the NUJ Press Centre was led by the Chairman of the Council, Comrade Umar Abdulwahab to the kwara state  Government House, where  a protest letter was presented to Governor Abdulfatah Ahmed of Kwara State for onward delivery to President Muhammad Buhari.

While lamenting that events of recent times has made media men endangered species along their duty line, Comrade Umar Abdulwahab who beamoned  that the contributions of the media toward the enthronement of the current democratic experience seemed to have been forgotten however submitted  that the safety of journalists in Nigeria is not negotiable.

Reacting to the development, Governor Abdulfatah Ahmed represented by the State Commissioner for Information and Communication, Alhaji Mohammed Isiaq Sabi urged journalists not to relent in their duties as they continue to sacrifice for the nation despite the intimidation.

He promised to pass the letter to President Muhammadu Buhari.

Leaving no child behind in Kwara 0