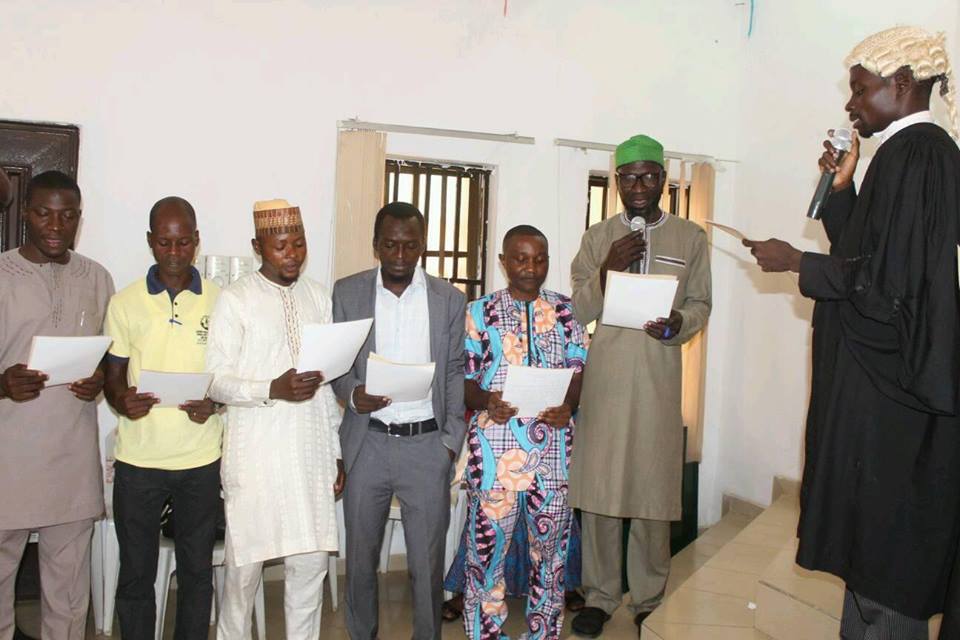 NUJ gets new executives in Kwara

The Kwara Council of the Nigeria Union of Journalists (NUJ) has inaugurated new executive members of the union.

The only the post of the Chairman was contested for while others were returned unopposed.

The Chairman of the Credentials Committee, Mustapha Atoyebi, conducted the swearing in ceremony of the new executives.

In the election held at the NUJ Secretariat in Ilorin, Umar Abdulwahab of the Correspondents Chapel emerged Chairman after polling 89 votes to beat Babatunde Jimba of Kwara Television Chapel who polled 33 votes.

Ahmed Lateef of Herald Chapel is the Auditor General while Fadeyi Babajide is the Financial Secretary.

In his acceptance speech, Abdulwahab promised to build a council that would encourage greater membership participation as well as improve the welfare of members.

“What will be our first assignment is to improve on attitude to unionism among our members as we want to encourage more participation.

“We have been able to identify the major problem of participation to be due to poor welfare and we promise to improve on that so that all the members will be carried along,” he said.

The new chairman told the new executives that the journey of three years tenure had started already.

”We must hit the ground running and ensure that the NUJ Model School commences operations by the next academic session this September,” Abdulwahab said.

The election, which had a large attendance of members in the state, was supervised by Wilson Bako, Vice President of NUJ in the North Central Zone and Mr Gbenga Bamidele, Assistant National Secretary.