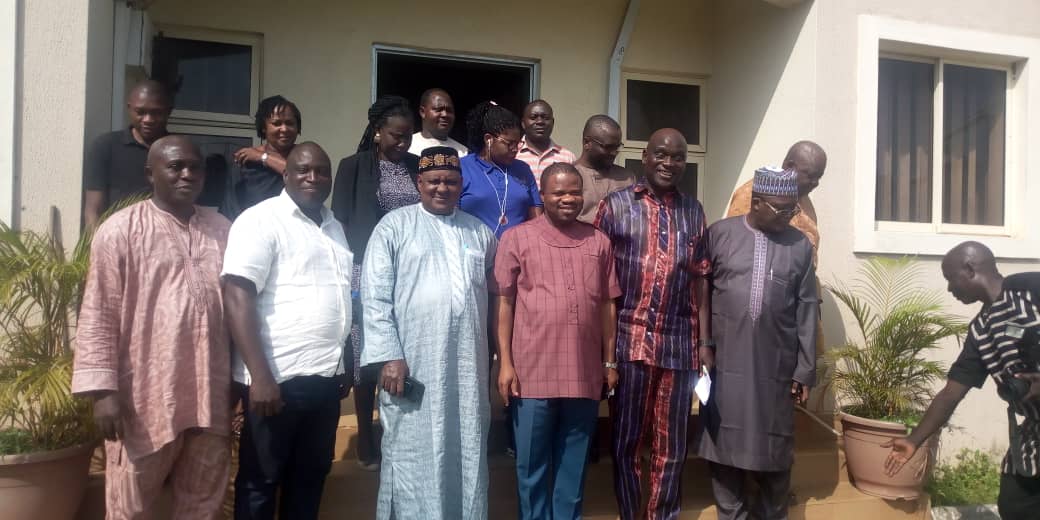 The National Body of the Nigeria Union of Journalists has organized a special reception in honor of its outgoing Senior Assistant National Secretary, Gbemiga Bamidele.

Speaking at the occasion held at the NUJ National Secretariat in Abuja, the National President of the Union, Comrade Chris Isiguzo said the honor was in recognition of his outstanding performance in the discharge of his assigned responsibility.

Comrade Chris Isiguzo who said the celebrant was part of the successes recorded at the NUJ National body, assured that any member of the Union who contributed to its development would be rewarded.

The NUJ National President renewed his determination towards fulfilling his promises made to members before his election, and sought for their support in order to enable him succeed.

The NUJ Deputy National President, who is the Senior Special Assistant on Media to Governor Bala Abdulkadir Mohammed of Bauchi State, Comrade Muktar Gidado, acknowledged the performances of the outgoing Senior Assistant National Secretary particularly in conducting Councils election and assured him of their support at all the times.

According to the NUJ National Secretary, Shuaibu Usman Leman within his 15 years of service in the NUJ, the celebrant, had made positive inputs geared towards the progress of the Union.

Others who spoke at the ceremony described him as humble and dedicated person who contributed positively in the discharge of his duties.

The celebrant, Mr Gbemiga Bamidele who expressed gratitude to the National body of the NUJ for finding him worthy of the gesture, said within his 15 years of service in the NUJ, he has conducted 89 Councils election.

The celebrant assured the leadership of the Union that he would not relent in contributing to the development of the profession and for the welfare of the members.