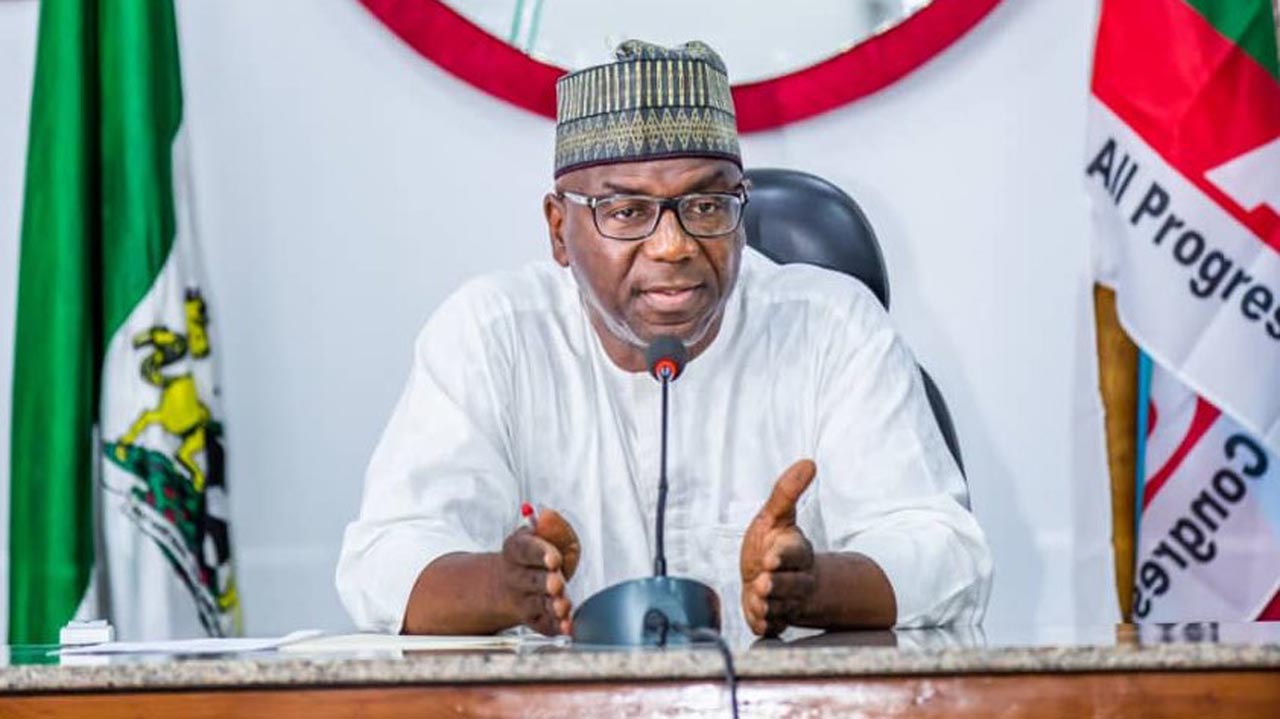 0 April 22, 2020 4:59 pm 420
Kwara State Governor, Mallam AbdulRahman AbdulRazaq has expressed concerns that the state may face hard times in the coming months following dwindling oil revenues, even as he seek the understanding of stakeholders in the state.

He stated this during a meeting with Civil Society Organization in Ilorin on the need to monitor distribution of government palliatives to cushion the effect of  the lockdown to contain the spread of  C0VID-19.

AbdulRazaq told the activists that their understanding would be critical in the coming months as Kwara weathers the storm of global economic meltdown that comes with plummeting oil prices and the attendant scarce resources.

He said Kwara may receive as low as N1.5bn from the Federal allocation from May, down from an average of N3bn in the previous months, as the NNPC might be unable to contribute anything to the national purse.

“The world is in a dire strait. There are no resources. We need to balance expectations with available resources. We are reviewing the budget. We will have to cut down on some capital projects but we do want to prioritise social investments. We have to build a new economy based on our new realities. We will need your feedback,” he said.

The governor said that his recent call on various civil society organisations to monitor government’s palliatives was borne out of his belief that they were closer to the people and have better feedback mechanisms on how to make things better.

“I thank you for answering our call. Your participation has been very impactful and we are grateful for that. Going forward, I want us to work together more closely. We will always need your buy-in and inputs to reach out to the people.

“I have called you to specially thank you for the credibility you bring to the process and for working with our team (which comprises eminent personalities).”

Responding to a suggestion on the lockdown, AbdulRazaq said the administration is constantly reviewing its strategies to curtail the spread of the virus and that nearly one million masks may be produced locally for distribution.

He said this might lead to Kwara gradually allowing people to return to work under specific safety measures.

Those at the meeting were Dr Lawal Olohungbebe of the Centre for Community Development in KWASU; Salih Salihu of the Haashim Initiative for Community Advancement; Aliyu Moshood (Osho) of the Elites Network for Sustainable Development (ENETSUD); Anthonia Oshiniwe Theios Caregivers Initiative; Bola Olojoku of Mekunu Forum Agenda; Olaitan Salman Jimba of the Ilorin Emirate Youth Development; and Balogun AbdulGaniyu of the Kwara South Youths Movement.