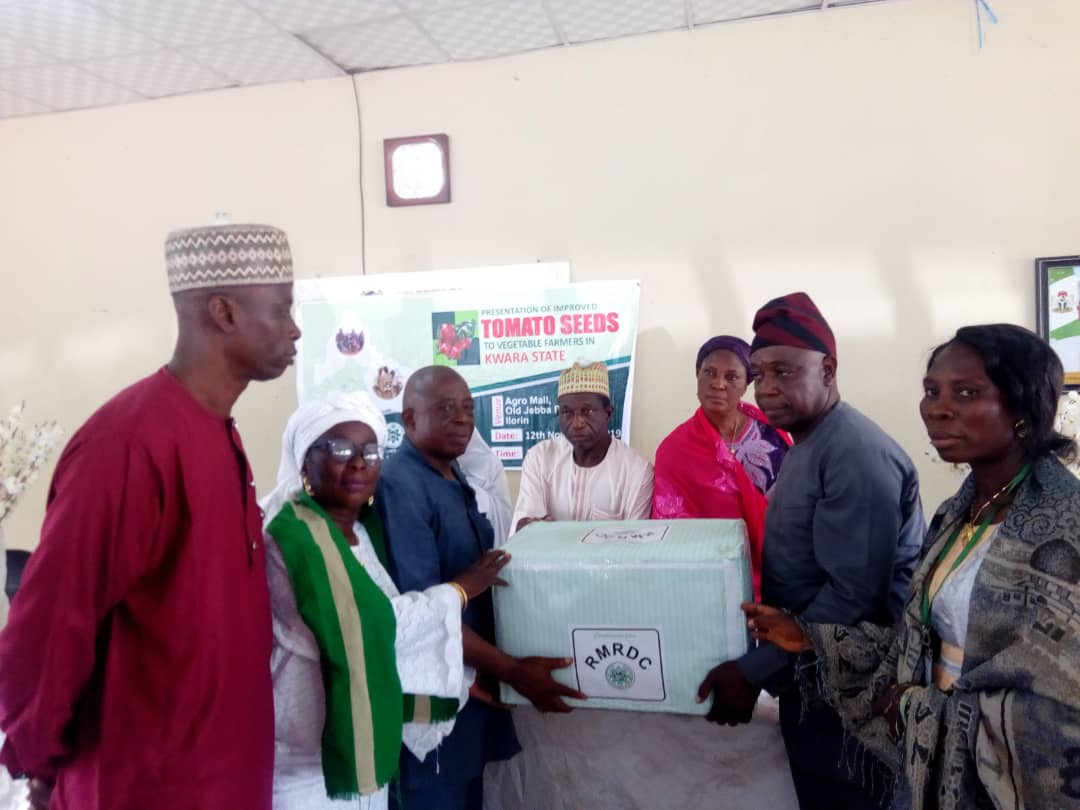 Prof. Doko gave the advice in Ilorin during the presentation of improved tomato seeds to vegetable farmers in Kwara State.

Raw Materials Research and Development Council Abuja is a parastatal under the Federal Ministry of Science and Technology.

The Director General who was represented at the event by a Deputy Director in the Council, Mr Obekpa John, noted with displeasure many industries had folded up because of inadequate quality raw materials.

He described farmers as one of the major stakeholders in the production of raw materials.

He said that the Council was established to promote Nigeria’s economic diversification, invest in raw materials-based small and medium scale enterprises.

He explained that the programme was to build the capacity of farmers and ensure raw materials development.

He advised Kwara farmers to take the advantage of the distribution of improved seeds to enhance the quality production of farm produce. 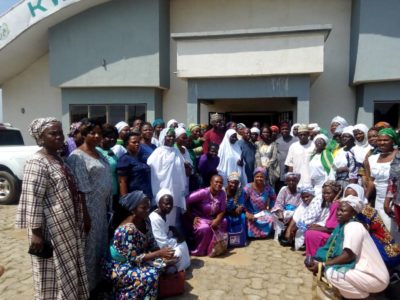 Group photograph of the participants at the end of the event

In his remark, the Permanent Secretary, Ministry of Agriculture and Natural Resources, Alhaji Mohammed Kastina, disclosed that the state government’s plan to acquire 300,000 hectares of land in the state for agricultural production.

The Permanent Secretary who spoke at the event through the Managing Director of Kwara State Agricultural Development Programme, Alhaji Abdulrahman Ibrahim, said the major problem of farmers in the state is land acquisition and clearing.

He said that Governor AbdulRahman AbdulRazaq had directed the state Ministry of Agriculture to liaise with those that have the land across the 16 local governments.

He said that 100,000 hectares of land would be acquired in each of the three Senatorial Districts of the state.

He added that the move was to reduce poverty and unemployment by creating job opportunity for youth and farmers as well as ensuring food sufficiency.

He advised farmers to be proactive and cooperate with the government to achieve the set targets.

The Permanent Secretary appreciated Raw Materials Research and Development Council for the support to Kwara farmers and called for sustenance partnership.

Also speaking, the Head of Agro Mall, Mallam Yahaya Mohammed restated the state government’s commitment to continue to provide enabling environment for farming in the state.

The state chairperson of Vegetable Farmers, Alhaja Sidikat Olohunoje, who thanked RMRDC for the gesture, promised to make judicious use of the improved tomato seeds.

He, however, solicited for the support of the state government for Kwara farmers.

Leaving no child behind in Kwara 0