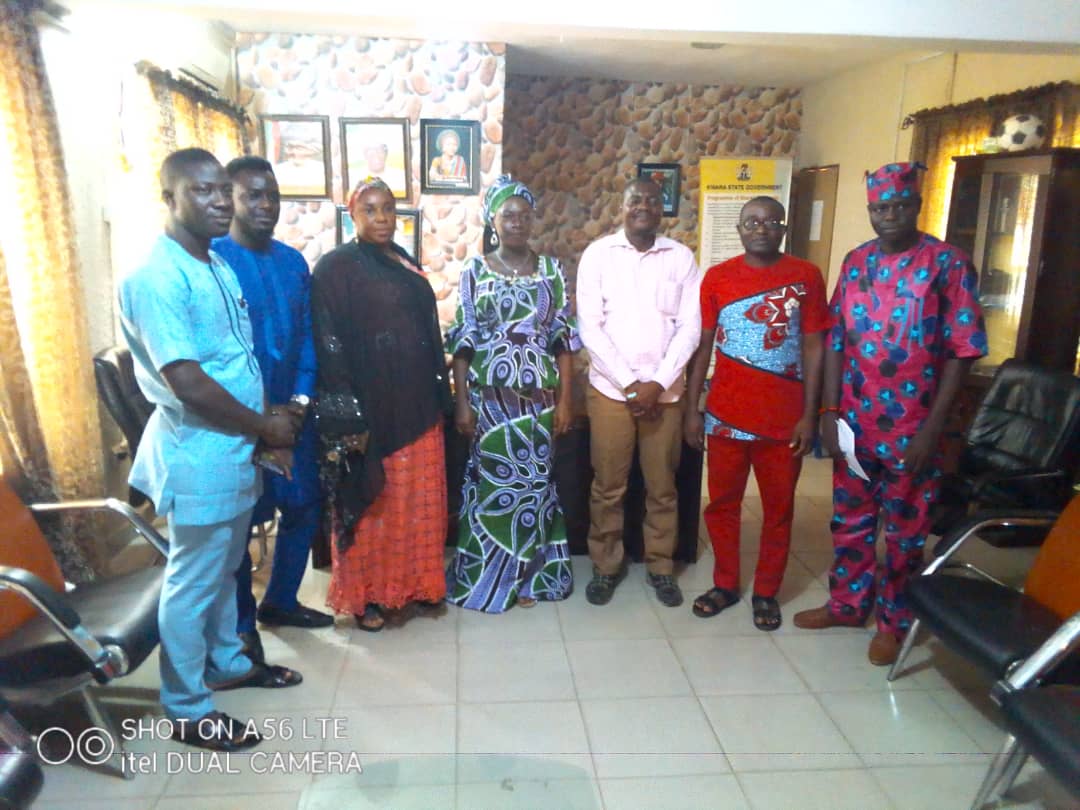 The Commissioner for Sports and Youth Development, Mrs. Joana Nnazua Kolo, Monday received, in her office, the Executive Members of the Kwara State Council of the Nigerian Union of Journalists.

The visit came up in preparation for the Union’s Week Celebration which will start on the 20th of November.

Receiving the representatives of journalists in the State, the Commissioner applauded the entire members of the Union for their exquisite projection of the present administration through their objective reportage of the activities of the government, noting that journalists’ roles are indispensable in the social life and members of the Union in the state are truly proving their worth in properly keeping people abreast.

While expressing delight on and eagerness to the forthcoming Week of the Union, Kolo drew a line of correlation between sports and journalistic profession, pointing out the importance of sports to journalists when it comes to the keeping-fit exercise.

She then promised to use her influence to support and contribute to the forthcoming celebration, emphasizing that such gesture will provoke and cement a cordial relationship between the Ministry and the Union, which she said, will further speak volume of the good image of the government.

The Commissioner further called the attention of her guests to the various developmental physical projects of the government of Mallam AbdulRahman AbdulRazaq, citing the renovation of Kwara NUJ Secretariat.

She added that the present administration has not left any stoned unturned in terms of fair distribution of democratic dividends across the state.

“One will see that Governor AbdulRahman AbdulRazaq is fair to everybody in the state. The renovation of the NUJ Secretariat exemplifies this. There is no sector he has not touched. This also depicts him as an embodiment of leadership that believes in equality and indiscriminate fairness”, she stated.

Kolo also revealed her enthusiasm for sports generally and her passion and utter support especially for encouraging female participants in the forthcoming NUJ’s Week sports activities.

Briefing the Commissioner on the purpose of the visit, the Chairman, Kwara State Chapter, Nigerian Union of Journalists, Mallam Umar Abdulwahab, disclosed that the courtesy visit was made in recognition and acknowledgement of the legendary contributions of the Commissioner to the development of youths and sports in the state, adding that the visit was also in respect of the 2020 edition of the Union’s Week Celebration starting on the 20th of November. 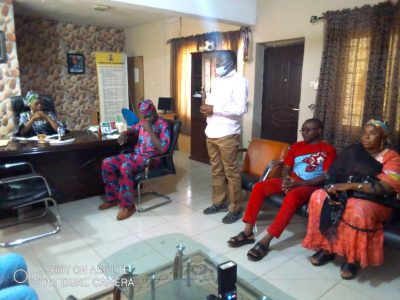 The Chairman noted that the occasion includes many activities one of which is Inter-Chapel Table Tennis Game comprising both male and female categories.

He specifically sought the support of their hostess in the sporting activities.

Imploring the Commissioner to thank His Excellency, Mallam AbdulRahman AbdulRazqa, on the Union’s behalf, for releasing fund for the renovation of the Kwara NUJ Secretariat, he stated that this act proves that the Governor is friendly to journalists.

Abdulwahab further explained that the Council has twelve chapels across all the media units in the state.