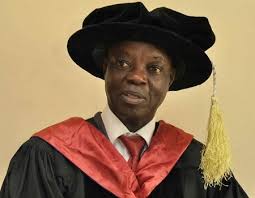 The attention of the management of the University of Ilorin has been drawn to a write-up by one Sheu Bashir, wherein he delivered a damaging verdict on our Vice-Chancellor, Prof. Sulyman Age Abdulkareem, for what the hack writer called “the indiscretion” of the Vice-Chancellor “to take the University back to the dark days of needless ASUU strike” on account of the role he played in reconciling the University’s Chapter of the Academic Staff Union of Universities (ASUU) and the Union’s national body.

Going through the poorly written and contextually disjointed write-up, it is not hard to see that the writer is terribly uninformed about a matter he is delving into. We, therefore, feel that the jejune writer needs some tutoring to wean him and his likes from palpable ignorance!

It is a well-known fact that the University of Ilorin has a cherished tradition of unbroken academic calendar since the past 19 years on account of its famed immunity from incessant strikes by academic staff of other Nigerian public universities. We find it difficult to trade this custom for anything. But a quagmire presented itself whereby the University has become a pariah of sorts in the committee of Universities in the country. Many of our lecturers have been continuously harassed on other campuses in Nigeria, chased out or sometimes faced with dangers up to the point that they have to be guarded and guided before they can escape being physically abused on those campuses. It also got to a point that Unilorin students were also being denied opportunities in other universities because they came from the University of Ilorin. It is to be noted that the long exclusion of Unilorin ASUU Chapter from the activities of the national body was due to the suspension order placed on the Chapter by the national Executive Committee and not as a result of any voluntary withdrawal by the local ASUU.

During the suspension and subsequent persecution of Unilorin ASUU and its members, the local Chapter made more than 15 fruitless peace overtures with the National ASUU during their meetings in Akure, Ogbomosho, Ibadan, Ilorin and several other places. In all the negotiations, neither the University management nor the Vice-Chancellor was involved in any way or at any point. These moves were only brought to the notice of the Vice-Chancellor six months after assuming office. And when the National Executive Committee members of ASUU came to woo the Vice-Chancellor to help facilitate the reconciliatory moves, Prof. Abdulkareem sought and obtained the support/backing of the University Senate and Council before making any move.

It was in the midst of all these that a Professor in the University raised a pathetic point during a Senate meeting when he expressed frustration about how he and his colleagues were being treated on other University campuses, saying that he was tired of being harassed all over the other campuses for no offence of his other than coming from the University of Ilorin. He and several others, who spoke in the same vein during the meeting, then pleaded that something should be done to put a stop to the unnecessary assaults faced by Unilorin staff.

Even though the good intention of the Vice-Chancellor in allowing peace to make for the reconciliation between Unilorin ASUU and its national body and the consequent reintegration was bastardised and abused by some hawkish elements, Prof. Abdulkareem has no cause whatsoever to regret his pacifistic predilection. It is on record that all the gentlemanly agreements he had with both sides of ASUU and fervent assurances to him that the University of Ilorin would be granted a strike moratorium following the reconciliation were observed in the breach by elements who tactically hid their malicious intents while entering into the agreement with the Vice-Chancellor.

Despite all these, the University believes that in the fullness of time, posterity will vindicate our amiable Vice-Chancellor.

It is easy to see through the veil that this Sheu fellow and his group of malicious antagonists are merely driven by personal hatred for Prof. Abdulkareem and this has so blindfolded them to the extent of misconstruing the Vice-Chancellor’s selfless and purpose driven efforts at taking the University of Ilorin to greater heights. This goal he has passionately committed himself since the past three years when he mounted the saddle. And the Almighty Allah has been so kindly directing his steps ever since.
Surely, envy cannot deny honey of its sweetness (Egan kop e ki oyin ma dun).

Kunle Akogun is the Director of Corporate Affairs, University of Ilorin.