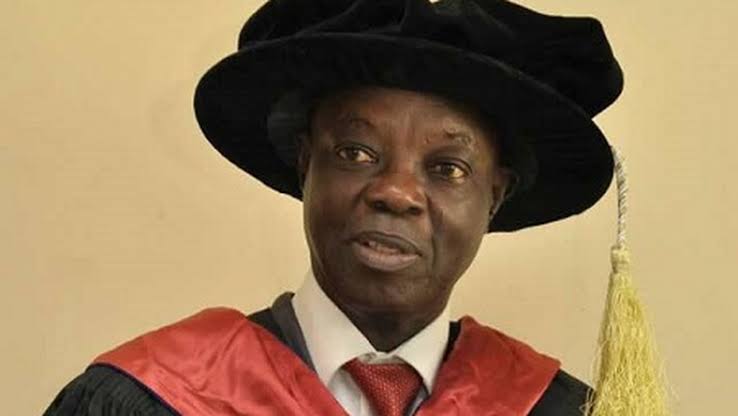 The Vice Chancellor of University of Ilorin, Professor Sulyman Abdulkareem Monday differed with the leadership of Academic Staff Union of Universities (ASUU) over the Federal Government directive to all its employees to key into the Integrated Personnel Payroll System (IPPIS) before the end of this month.

He described the migration to IPPIS as an “attitudinal change” which all members of staff of the institution “must undergo” to enhance efficiency and promote scholarship in the nation’s university system.

President Muhammadu Buhari had directed that any worker not captured on the IPPIS by the end of October this year, would not receive salary.

But the leadership of ASUU is opposing the planned migration of its members to the new system of payment.

The union argued that the imposition of IPPIS is a violation of existing laws and will also rob universities of their autonomy.

Iked by the development, ASUU leadership summoned an emergency National Executive Council (NEC) meeting of the union where it was agreed that the leadership of the union at university levels should begin mobilisation of members for an action against President Muhammadu Buhari’s​ government.

But Unilorin VC, while fielding questions from Journalists in Ilorin Monday, ahead of the University’s 35 convocation holding on Wednesday, said “ASUU’s logic was not clear to me”.

Abdulkareem punctured ASUU’s claim that the ongoing switch over to the IPPIS is violation of existing laws and autonomy of the university.

He said with IPPIS the Federal Government will maintain the payment of its employees salaries without short changing them while universities still resides the power to present genuine members of staff who would be captured.

On the contrary, the Vice Chancellor said what probably was the fear of many of the academic staff is that the system would expose them for not working for the money they earned in their primary place of engagement.

He argued that a practice where some professors work in up to four universities and earn money at the detriment of their primary place of engagement is not acceptable and will be eliminated with IPPIS.

“IPPIS will monitor the presence of people on campus. In a sane clime, you cannot be useful in more than one place. These people end up not being useful in their areas of primary assignment”, he said.

While appealing to ASUU members to show understanding on the matter by allowing it’s members to embrace the system, the VC emphasized that the introduction to IPPIS “it’s an attitudinal change that we must undergo. We will ask the various deans of our faculties to begin to talk to us more about this”.