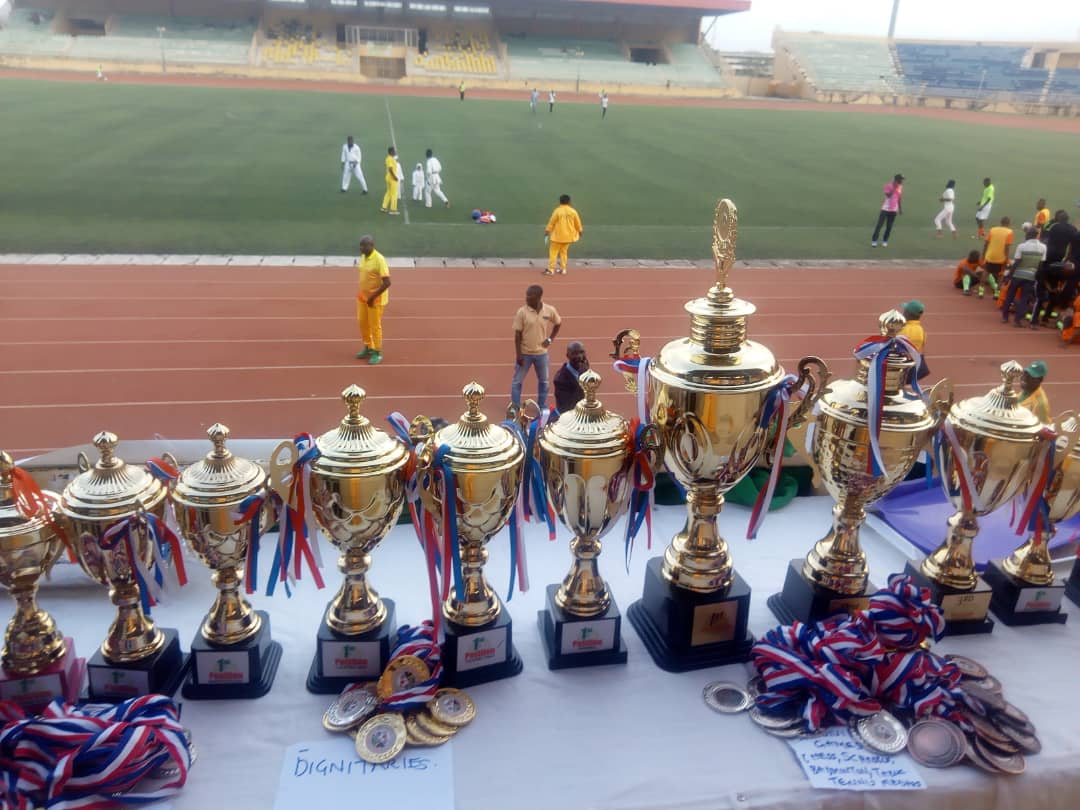 The Kwara State Government has reaffirmed its resolve to deploy sports as a potent tool to control untoward acts among the youths and drive in aggressive economic opportunities for overall socio-economic development in the State.

The reaffirmation was made yesterday by His Excellency, Mallam AbdulRahman AbdulRazaq, the Executive Governor of Kwara State, while speaking to the gathering of the State Civil Servants ranging from Permanent Secretaries, Directors, and other officers who are spectators and players at the grand finale of the 3rd Edition of Kwara State Civil Service Games, held at the Main Bowl of the Kwara State Stadium.

Represented by his Deputy, Mr. Kayode Alabi, Governor AbdulRazaq pointed out that his Government is quite aware of the magnitude of the youths’ population in the State, positing that the Government is adopting the development and empowerment of youths as one of the strategies for delivering effective governance to the good people of Kwara State.

He further asserted that sports is an instrument for “image projection and a “big industry” that can be used to aid youths’ productivity positively.

The Governor stated that his sports rebirth policy is grounded in grassroot sports development strengthened by the provision of standard sports facilities and sports development centres in each of the Sixteen Local Government Areas in the State, justifying that the essence of the above is to hunt for talents who will be groomed, nurtured and equipped with modern competitive skills through First Class training and coaching.

He then identified public-private partnership in the management of sports as a forte in raising efficiency and profitability for employment and wealth creation.

Mallam AbdulRazaq also revealled that his Administration has embarked on various programmes across several sectors including health, agriculture, education, social service, water/electricity supply and integrated rural development for the benefit of the people of the State.

His Excellency did not hide his conviction in his reliance and pride on the strength and effectiveness of the civil servants in the State, appreciating the Head of Service, the Permanent Secretaries and others.

Earlier in his address, the Chairman, Organising Committee, who is also the Permanent Secretary, Ministry of Sports and Youth Development, Alhaji AbdulQuadir Shuaib Akanbi, briefly reminded his audience of the history of the tourney and enumerated its significance socially and health-wise, adding that the impressive turn out of the civil servants in the festival epitomised the popularity and legitimacy of the present Administration among the State Civil Servants.

Akanbi then appealed to the Government to elevate the status of the sports fiesta by making it an annual event, this, he said, will fortify the harmony and stir sportsmanship among the civil servants in the State.

The Permanent Secretary then used the medium to thank the participants for making the competition a successful one.

The Championship, which began on the 6th of November, 2019, ended Wednesday, 13th of November, 2019, with SUBEB taking the First Position, the Ministry of Works and Transport in the Second Position and the Office of the Head of Service winning the trophy for the Third Position, while numerous medals were presented to various active players.