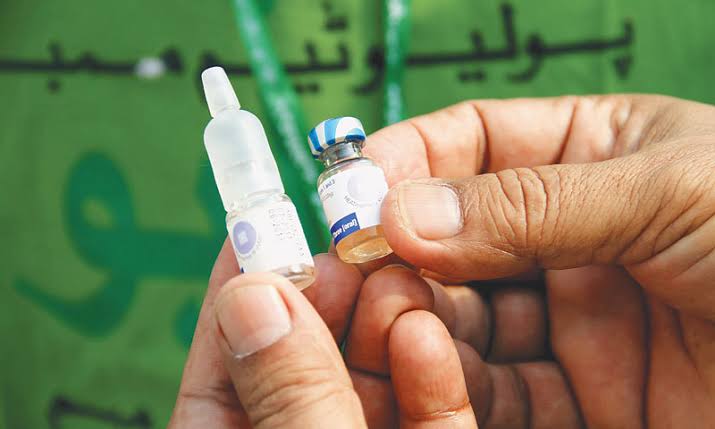 The Kwara state government on Thursday disinfected major rivers and adjoining areas in the Ilorin metropolis after health officials recently discovered a polio virus inside a river.

The​ exercise was part of the activities commemorating the World Polio Day and deepening the campaign against all forms of environment abuses that are capable of posing health hazards to the people.

​The​ state’ s deputy governor, Mr Kayode Alabi who led the programme, said the step was​ to quickly prevent a reoccurrence of vaccine-derived polio cases in the state.

“Government is aware of environmental challenges in the state and would spare no effort in fixing them. River Amule is one of the rivers with polio infection threat and we needed to clear this river and other ones to eliminate polio totally out of the state”, Alabi stated this at Amule in Ilorin East Local Government area of the state at the flag off of the cleaning exercise.

Alabi said the government will continue to educate the public to imbibe the habit of keeping their environment clean.

Governor AbdulRahman AbdulRazaq had recently inaugurated a Task Force chaired by the deputy governor to ensure proper and timely immunisation against polio and other diseases.

Organized by the state Ministry of Environment and Forestry, the Thursday’s sanitation programme was attended by environmental health workers, volunteer students of the University of Ilorin and members of the Rotary Club.

Amosa Isiaka Al-Amin, Permanent Secretary of the Environment Ministry, said the choice of Amule River for the flag off of the clean-up exercise followed a WHO’s survey on the polio threatening rivers in the city, where Amule emerged as one that mostly harbours polio virus.​

“We found out that this river is one of the rivers that harbour polio virus which means there is the need for its clean-up. The state government has purchased some chemicals that can render the virus impotent and that is why we commence the mop-up exercise here,” according to Al-Amin.

He decried the rising menace of indiscriminate dumping of refuse and open defecation in the city, noting that it does not only constitute environmental challenge but it is also a threat to public health.​

Al-Amin listed other places where public enlightenment will hold to include Alanamu, Sabojo – along Abdulazeez Attah road and Offa Garage, all in the capital city.

Otunba Rick Oladele, Chairman of Health Committee, Rotary Club of Ilorin, lamented that Nigeria remains the only endemic nation in the African Sub-region on the WHO’s polio map. He said the club would soon organise a mega walk to further educate the public on the subject.

President of the University of Ilorin Students’ One Health (UNILOSOHI), Miss Lateefah AbdulKarim,​ emphasised the need for parents to present their children for vaccination to make them healthy and prevent diseases.

AbdulKarim called on residents of Ilorin to maintain a cleaner and safer environment in order to live a healthy life.

“People should be able to understand that the environment is very important to their health and well-being and it must be taken seriously to avert outbreak of diseases,” she added.