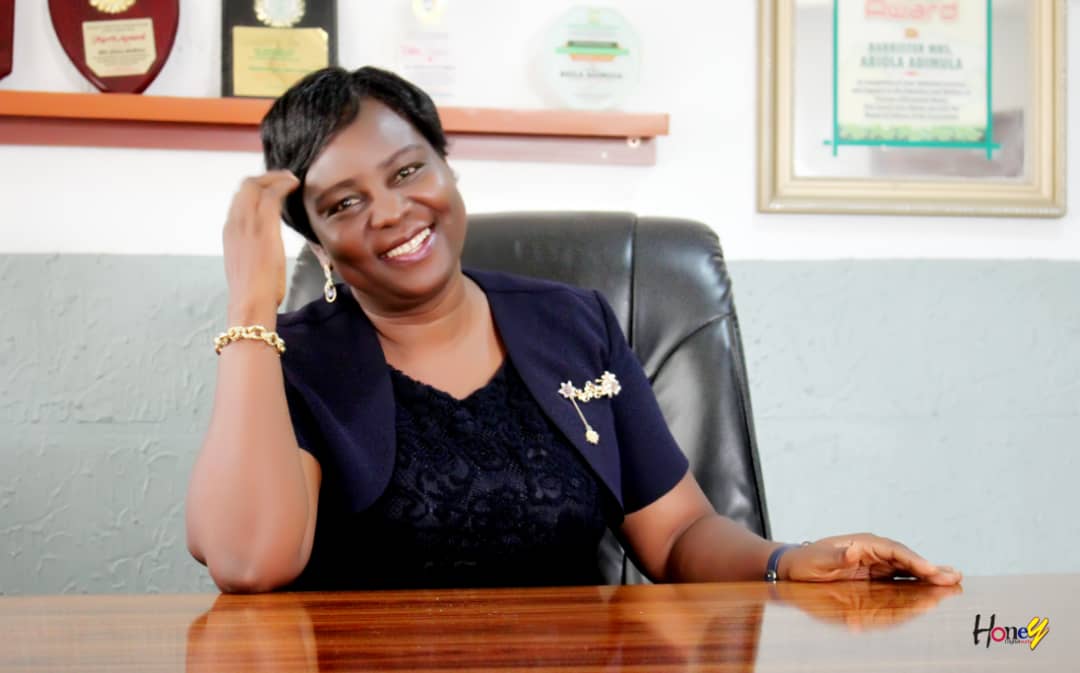 A legal luminary, Dr. Abiola Ruth Adimula, has expressed worry over the condition of Internally Displaced Persons (IDPs) camps in Nigeria amidst COVID-19, as the World celebrate Refugee Day.

A Peace Scholar, with research bias in Refugees and Internally Displaced Persons also called on Nigeria government to make more proactive measure to ensure good health facilities, provision of welfare items and economic empowerment available for the internally displaced people across the country

Adimula, who made the call today, Saturday, 20 June, 2020, while joining other leaders around the world to celebrate the World Refugee Day, said that it is very important for the government to empower them to be self-reliance in other to contribute their quota to the society.

“I am worried over the condition of our Internally Displaced Persons (IDPs) camps in Nigeria amidst COVID-19. There are deep concerns among internally displaced persons in the North-Eastern region of Maiduguri over the spread of the coronavirus, thousands of displaced people are crammed into state-controlled camps.
“United Nation High Commissioner for Refugee, UNHCR Filippo Grandi data shows that there are 65.3 million forcibly displaced people around the world, More than 21 million of these people are refugees and 10 million are stateless”, she stressed.
The peace ambassador, who is also a lecturer at the Centre for Peace and Strategic Studies, University of Ilorin, also charged the hosts communities to welcome refugees into their domain, saying if refugees are accepted and have a chance to learn and grow, then they will contribute socially and economically to their receiving countries.
She said that the clarion call for greater global solidarity and action is to include and support refugees, internally displaced and stateless people as well as their hosts, adding that every action truly counts.
“Do an action today to support the refugees and the IDPs. In this COVID-19 challenging time, we have seen a connectedness that transcends borders. Ordinary people have stepped up to help. Host communities – especially those in low- and middle-income countries where nearly 90 percent of the world’s refugees live – have continued to demonstrate a remarkable welcome.
“Also, refugees themselves are contributing in significant ways, despite often living in extremely vulnerable conditions. They are, for example, volunteering as front line health workers in Colombia and the United Kingdom; making soap for distribution in Lebanon and Niger; sewing masks and protective gear in Iran; helping construct isolation centres in Bangladesh; and elsewhere around the world, they are contributing time to help the needy in their host communities.
“The UNHCR Chief- Filippo Grandi has noted that the 2020 World Refugee Day is marked against a backdrop of a dramatic global crisis. Not only are record numbers of people forced to flee their homes, but the world is grappling with COVID-19, a disease that is still very much affecting us all. What started as a health crisis has expanded, and today many of the most vulnerable – refugees and the displaced amongst them – face a pandemic of poverty.
“Refugees are among the most vulnerable people in the world. The 1951 Refugee Convention and its 1967 Protocol help protect them. They are the only global legal instruments explicitly covering the most important aspects of a refugee’s life. According to their provisions, refugees deserve, as a minimum, the same standards of treatment enjoyed by other foreign nationals in a given country and, in many cases, the same treatment as nationals. Similarly, by virtue of the provisions of 1998 UN Guidelines on Internal Displacement, IDPs are entitled to same rights and treatment as other nationals of their country.” She said.