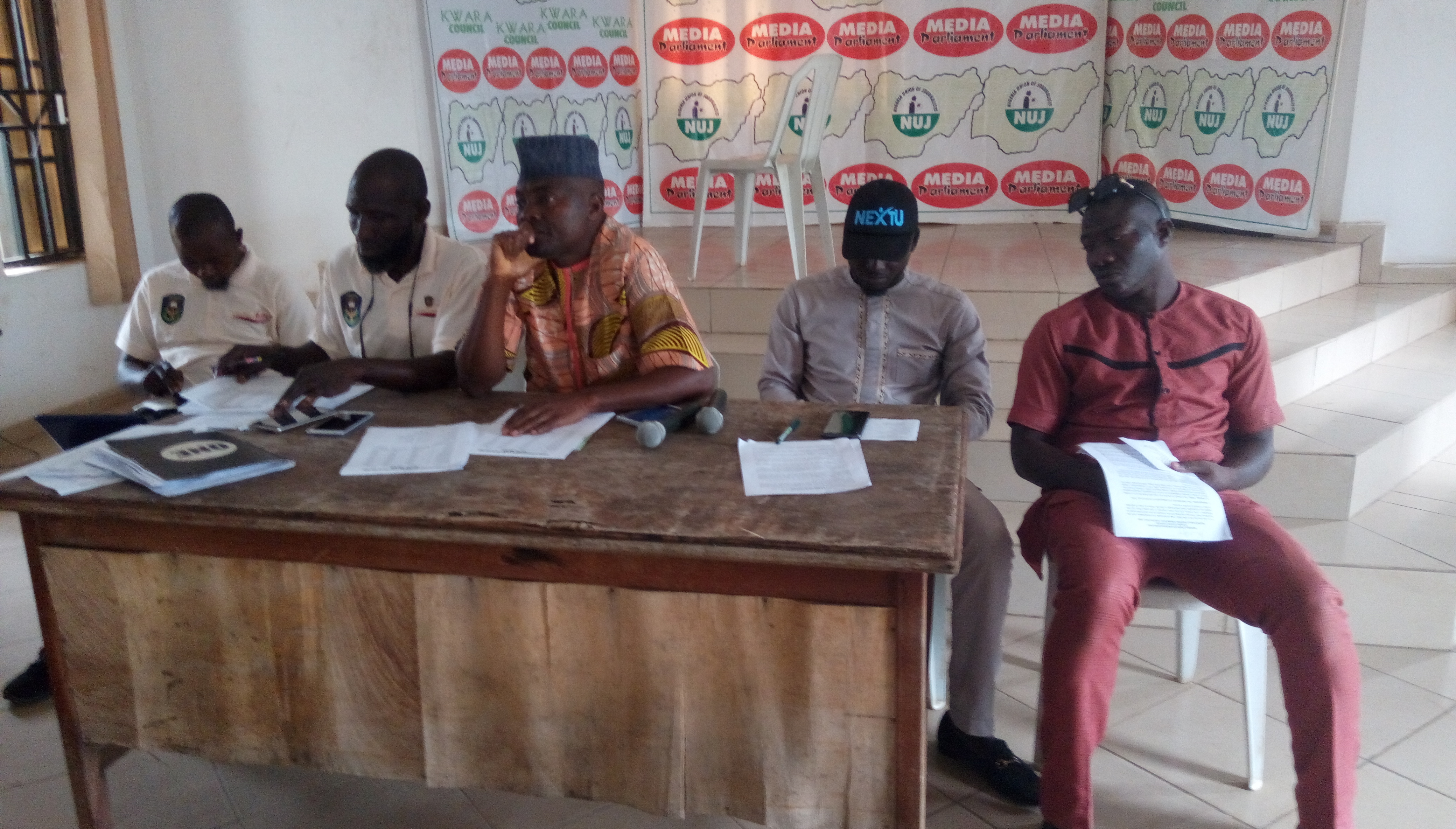 Glory, honour and adoration be unto God Almighty for His grace and for making us to witness another Congress in this month of November, 2019.

Below are the highlights of some of the major activities of the State Council.

1. The Council Chairman and Secretary attended the National Executive Council (NEC) meeting of the NUJ at Lokoja between October 30 and November 1, 2019. The Chairman will brief us on the outcome of the meeting in the course of this Congress.

2. We appreciate God Almighty for the success of this year Press Week.Series of activities, which include NUJ/Henry George Inter-Chapel Table-Tennis Competition, Health Talk, Seminar on ICT, Thanksgiving Services, Workshop, among others were held during the week.

4. The Council also held the maiden edition of Annual Independence Public Lecture on October 1, 2019. Prof. Abubakar Sulaiman, the Director of National Institute of Legislatives and Democratic Studies (NILDS) was our guest speaker and he spoke on the topic ‘Ensuring True Separation of Powers between Legislature and Executive: The Roles of NILDS.

5. The Council attended all the State Executive Council (SEC) meeting of the Nigeria Labour Congress (NLC), including the one on the new minimum wage for the Kwara State workers.

6. The Council also paid courtesy calls on the wife of the Kwara State Governor, Mrs. Olufunke Abdulrazaq and the Zonal Head of EFCC in Ilorin. Likewise, we received the newly elected Executive Members of National Association of Kwara State Student (NAKSS), The Civil Right and Development Resource Centre (CIRDEV) and the new Executives of University Campus Journalists (UCJ), Unilorin Chapter at the Press Centre, Ilorin.

7. The Council successfully hosted the 27 and 28 edition of the Media Parliament, a Lecture Series programme of the State Council.

8. Also, the Council inaugurated the new executives for the Correspondents’ Chapel. The Chapel is now being led by Alh. Abdulhakeem Garub.

9. This Administration will continue to count on your support at all time. Thanks.

KWARA NUJ FINANCIAL REPORT FOR THE MONTH OF MARCH 2019   0